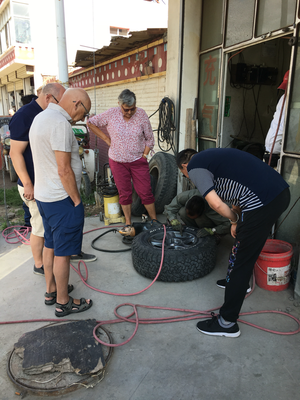 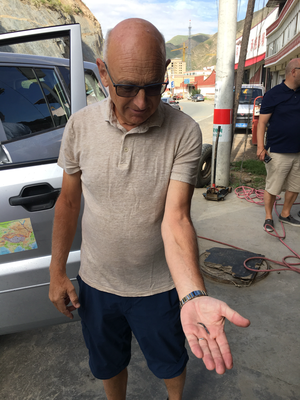 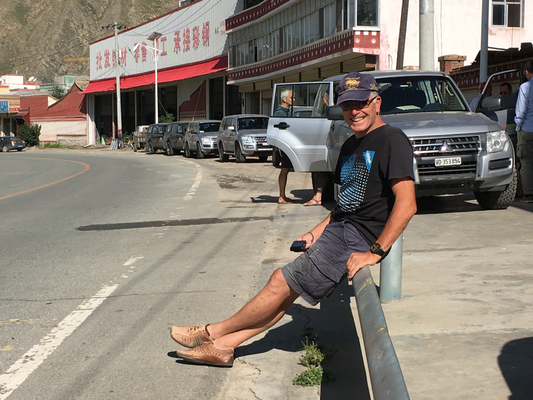 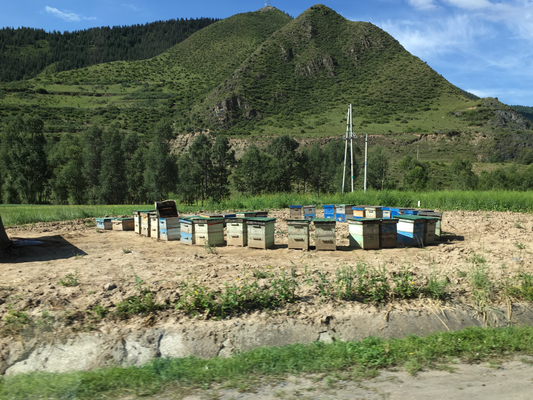 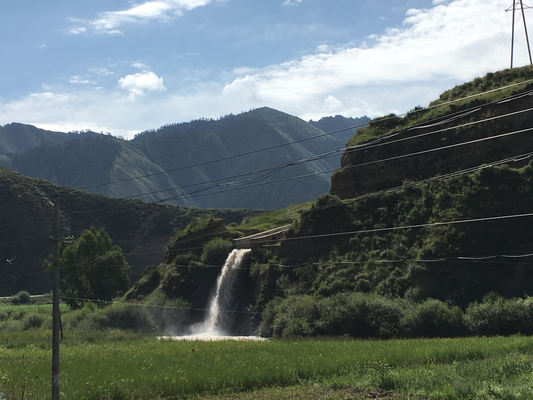 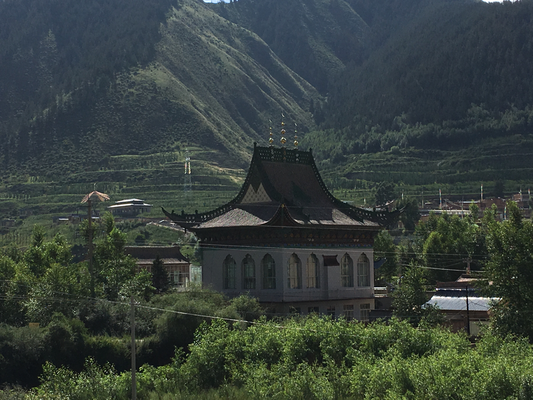 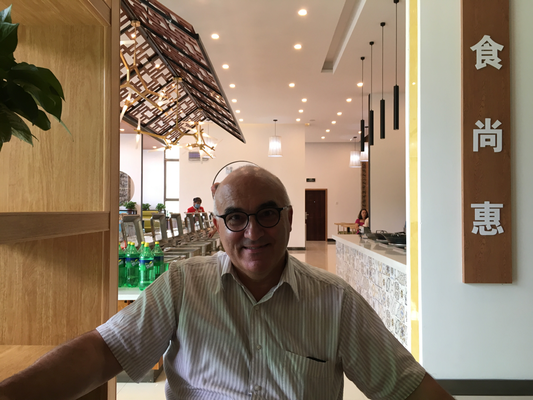 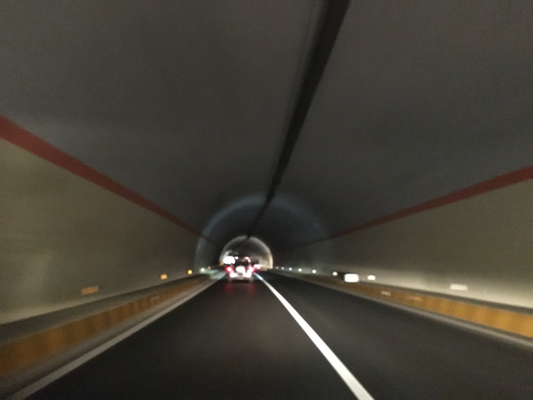 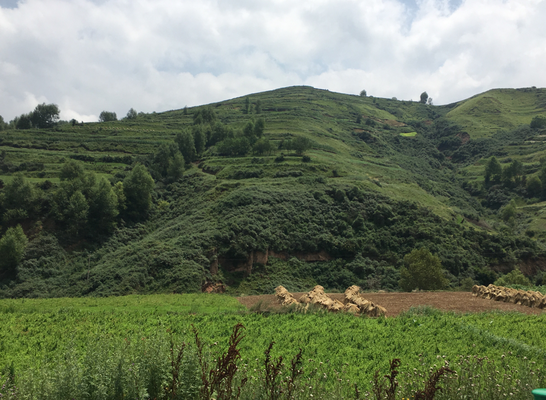 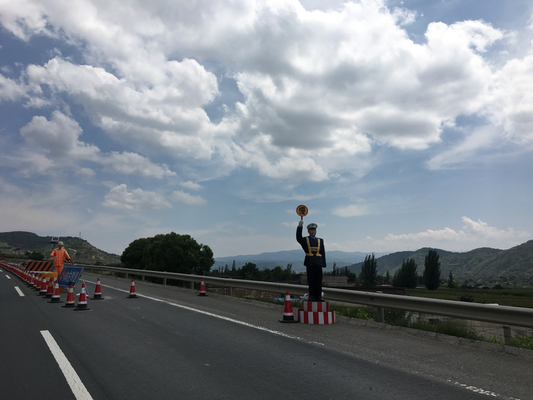 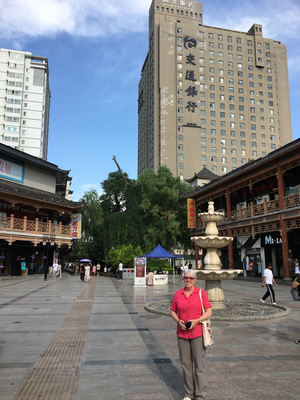 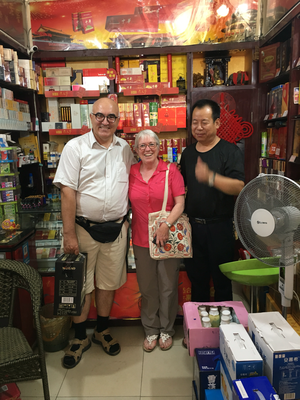 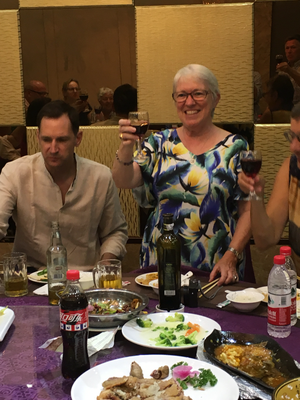 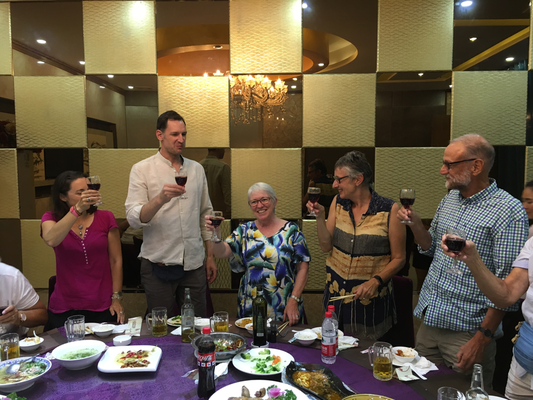 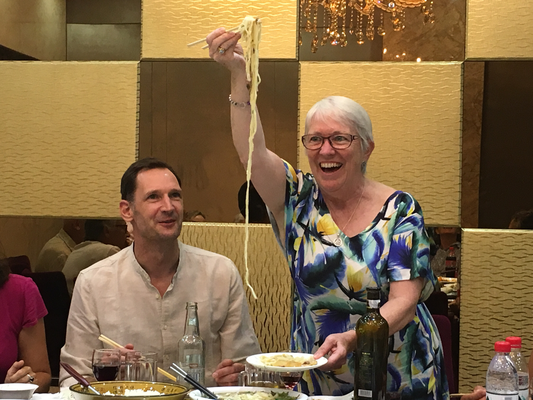 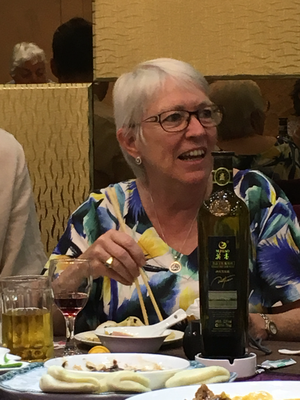 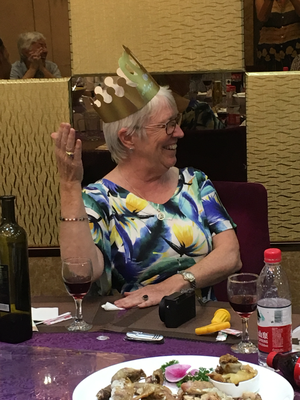 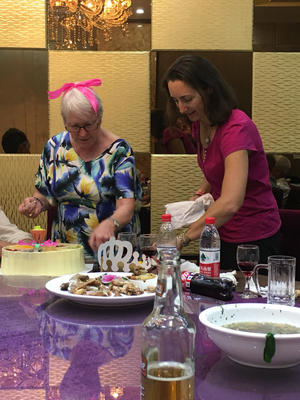 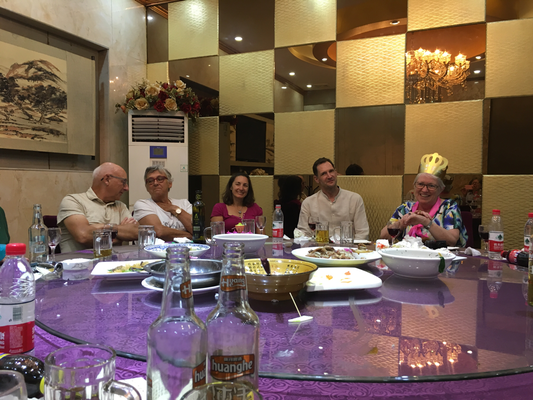 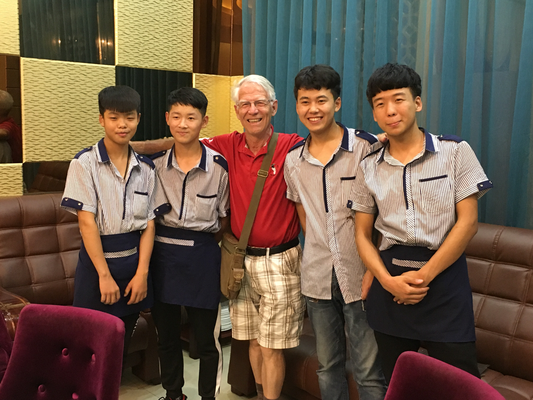 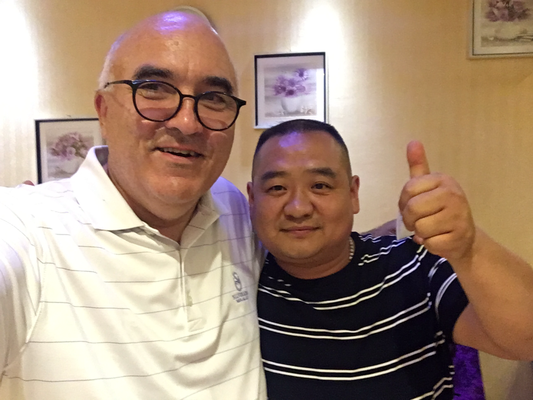 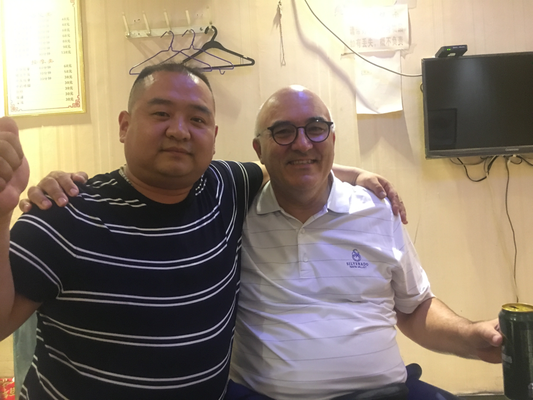 Today first thing in the morning we went straight to the mechanics to pull again a nail out of a tire of car five. The name “Besenwagen” suits it well 😉The tire was quickly repaired and we drove down the valley following the river and the railway on the road leading through villages and fields with potatoes, onions, wheat, corn, rice. The highway was closed and we enjoyed the rural pace.

When we arrived in Tianshui (meaning sky and water), I was driving for the first time into a 4 Mio. large Chinese city. What a surprise when we got to the hotel; we had to take a car elevator and park the cars in a dark underground garage! I was happy that all went well.

Later Philippe and I went through the unbearably hot city with Gisèle to buy some wine. It was her birthday and we celebrated all together in a restaurant close to the hotel. The noodles and the birthday cake were there. It was a fun evening and Gisèle sang a few French songs. Bravo Gisèle!

After dinner she and Gaby and Philippe went for a massage down the lane. Philippe became friends with Wang and talked to the daughter of Wang’s wife’s friend who is currently studying in Seattle. They woke her up, in order to have her translate! The massage was great and Wang payed for everyone because he was happy to having Swiss guests.