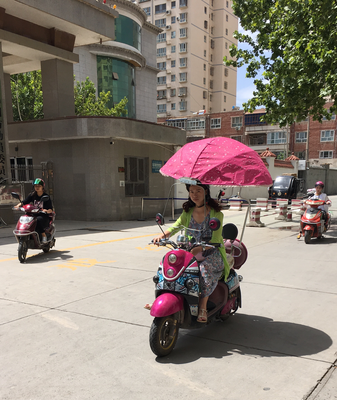 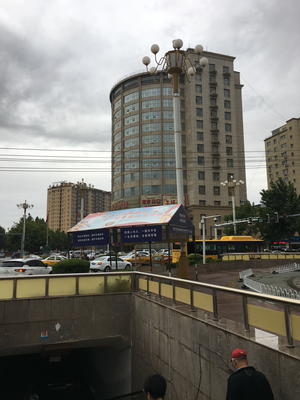 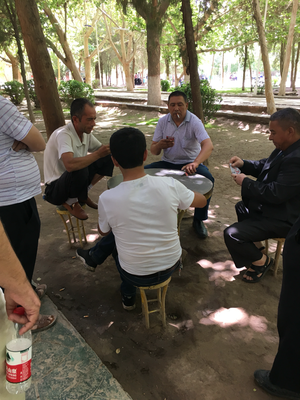 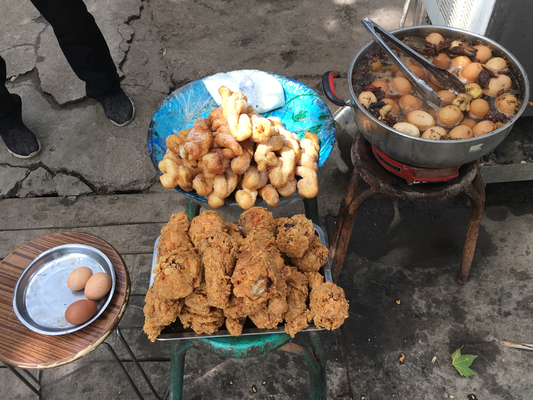 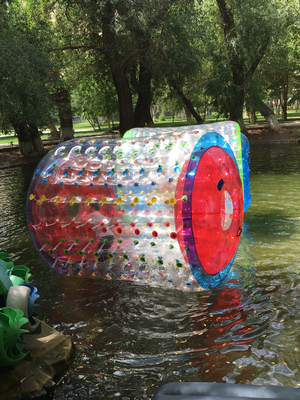 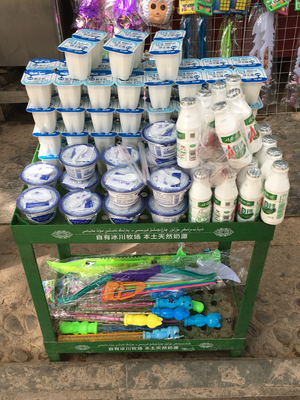 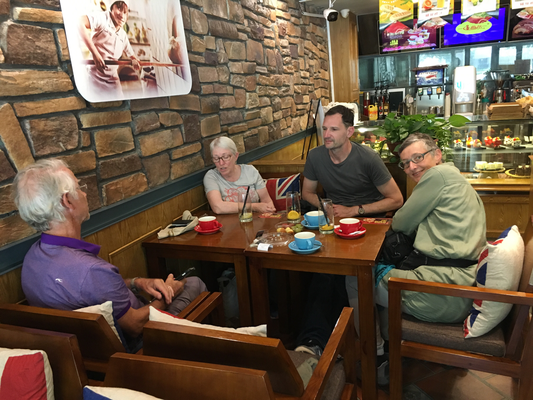 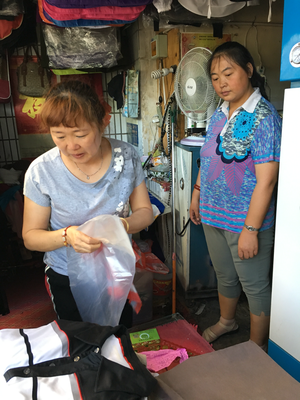 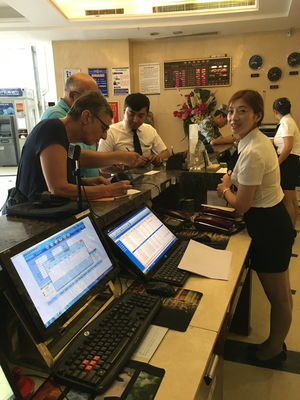 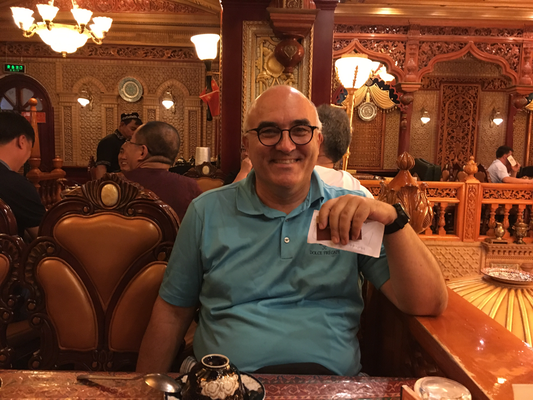 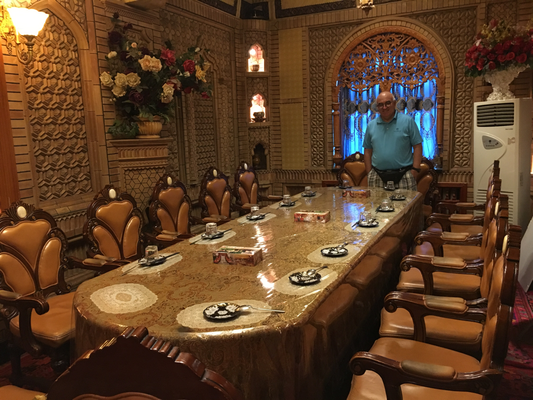 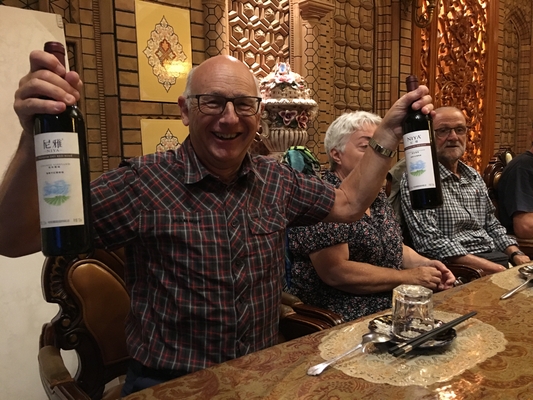 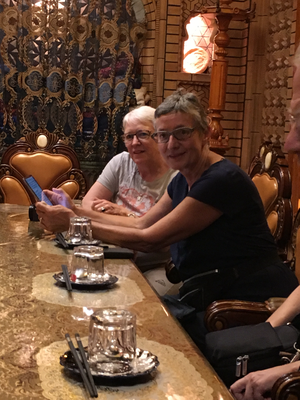 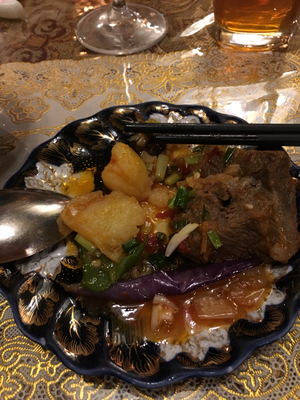 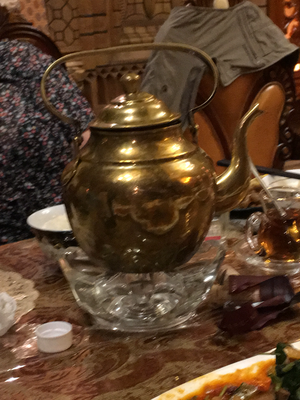 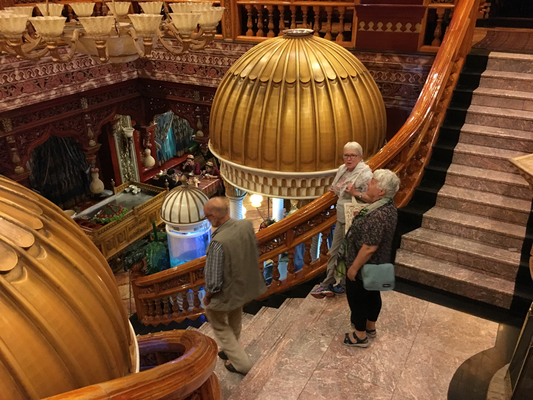 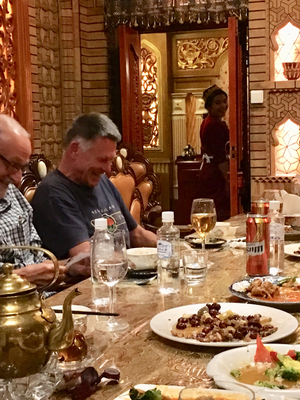 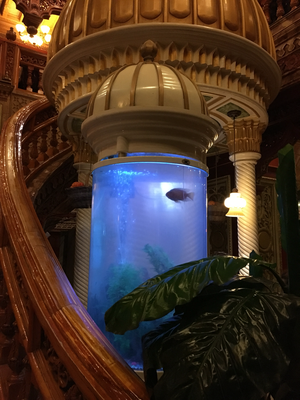 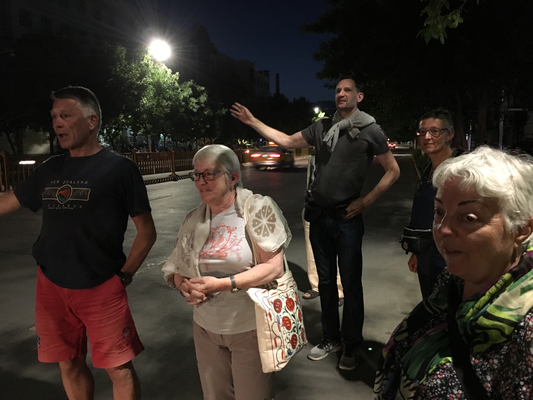 In the morning it was raining and it was cool. We had to get the Chinese drivers licenses and the Chinese plates for the cars. First all drivers went to the nearby hospital for the medical check which consisted in taking a picture and filling in a form. It took two hours. Then four drivers and our Chinese guide Chang went to fetch the cars at the border and the other drivers went with He, another guide, to the  Strassenverkehrsamt which was almost at the border too, that means more than one hour. It took half an hour to pass again a checkpoint where the policeman took photos of our passports. Then we only stayed 30 minutes at the Strassenverkehrsamt and could go back to the hotel. Our guide told us, that everything was ok and we would get the licenses later.

Back at the hotel Gisèle, Philippe and I walked to the park close by. It was hot again and we had to walk in the sun, because next to the street there is a lane for the scooters and then comes the parking for cars and the police blockades. The scooters pass by silently because they are all electrical. You have to be very careful since you don’t hear them but there are many. There are also cameras everywhere and before entering the park there is a security check. Philippe stayed in the park and played cards with three men. I went back to the hotel with Gisèle and we met Gaby and a few others from the group. We went for coffee in the coffee shop next door. They had a good coffee machine, but topped the cup with water. So we had to give it back and ask for a coffee with no additional water. The girls didn’t understand us at all and were shocked about the fact that we like strong coffee. Later we got the clothes from a laundry owned by nice people.

We had dinner at a beautiful traditional restaurant without the drivers, because they were still at the customs. The food was excellent and Brecht offered a delicious Chinese wine.

As we returned to the hotel, our drivers were back. They had spent the whole day at the customs, but the car plates were still not ready and Chang had stayed. He got back to the hotel after midnight luckily with all the licenses and car plates I’m matriculated in the province of Xinjiang (新疆）.