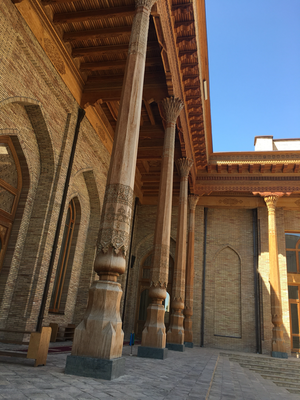 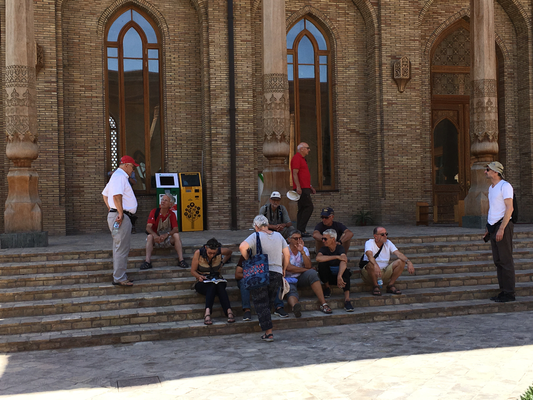 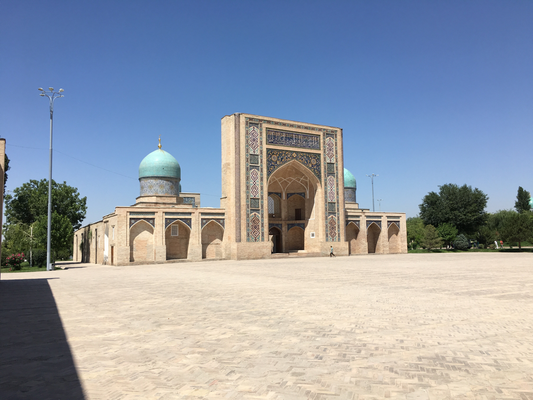 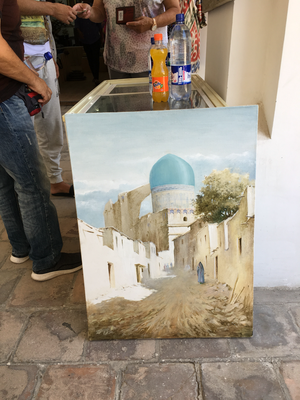 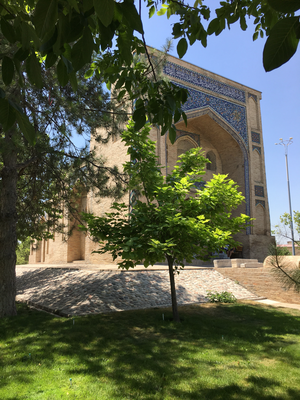 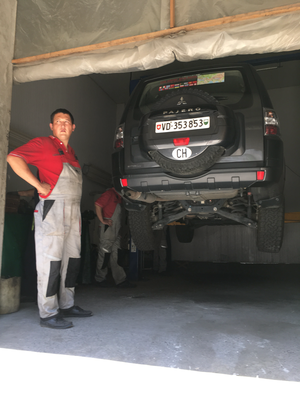 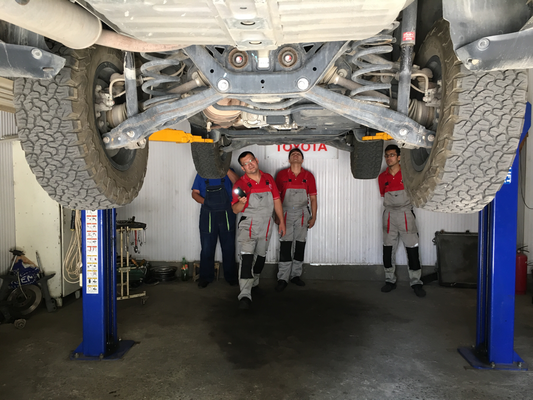 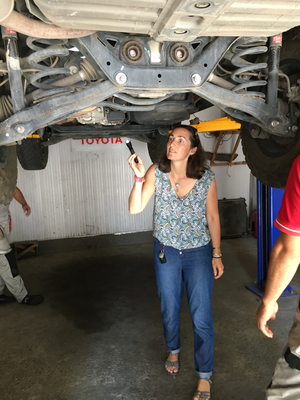 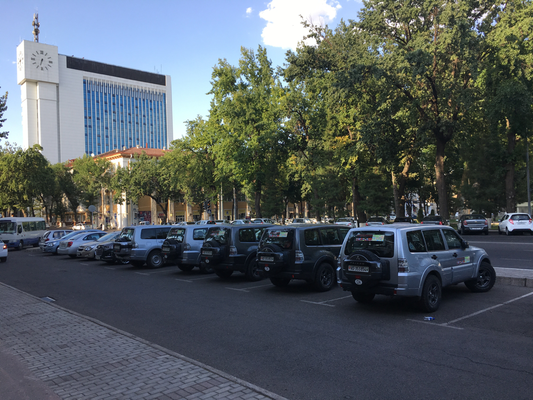 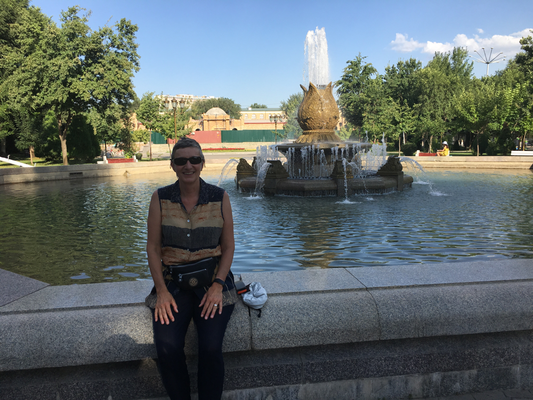 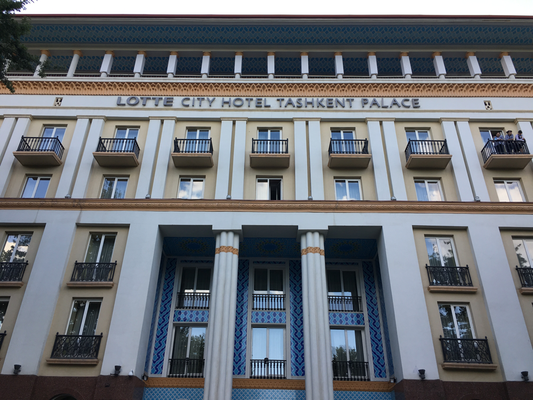 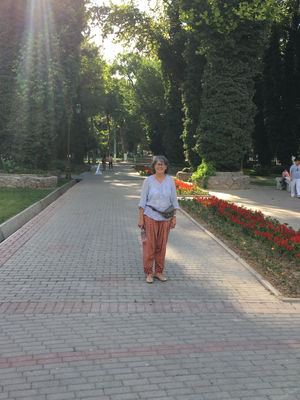 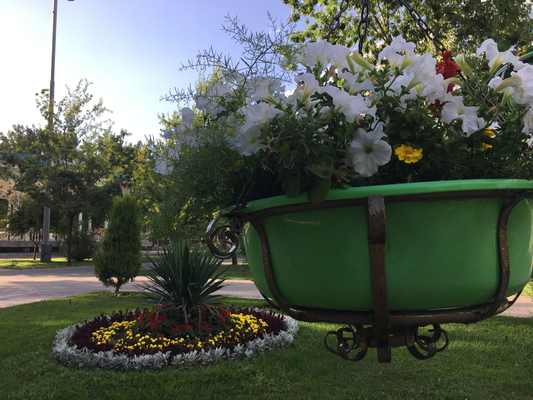 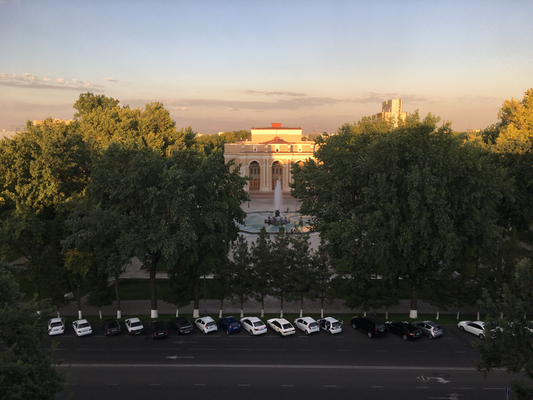 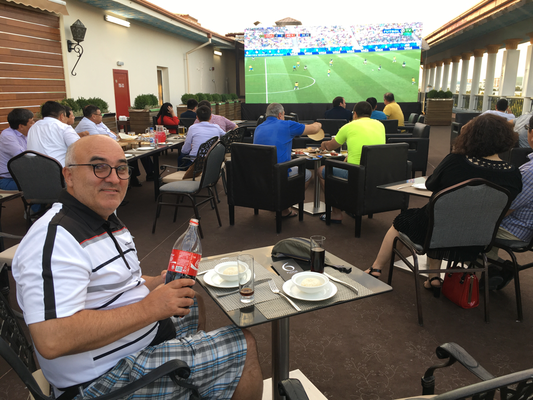 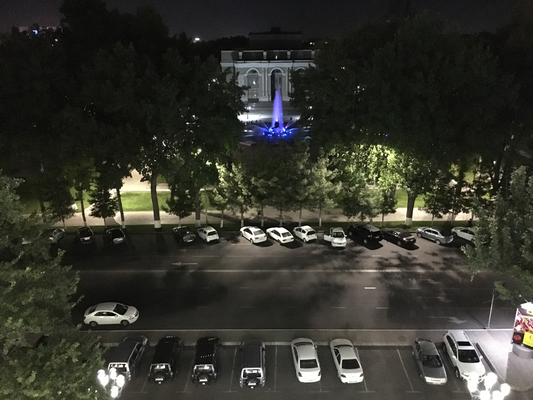 Tashkent is the capital of Usbekistan which has a population of 29.3 Mio. It’s a modern wide spread city built by the Soviets after a big earthquake had destroyed the whole city in 1966. It’s a green city with big trees along the large boulevards and well kept parks with old trees, colourful flowers and refreshing fountains. The shops look not much different from ours and there are brands like Zara or Nespresso. The prices are equally high. Like all other cities in Usbekistan, it’s very clean, no littering, dust bins everywhere. There are impressive government buildings, hotels, an opera, theatres and museums.

On the historical side, there’s not much to see. Otabek did his best and showed us the religious centre Hazrati Imam, that includes a few architectural monuments which have all been restored by the Russian and completed in 2008. The primary attraction is the Library Museum where the 7th Century Uthman Koran is displayed, which is said to be the world’s oldest. It was brought to Samarkand by Timur late 14th Century, then taken to Moscow in 1868 before being returned to Tashkent by Lenin in 1924. Otabek‘s enthusiasm didn’t really boost the group’s low key temper today. Everyone seemed to fight against some nasty bacteria which has got hold of the group and sneaked along the walls in the shade or hid under the trees.

In the afternoon five drivers had to take the cars to the garage for a check. We drove quickly and smoothly through the city. Tashkent drivers are cautious and respect the traffic lights. The cars were lifted and the mechanics told us that it would be necessary to change the rear breaks within the next 5000 km. Claudia decided to have them on two cars changed right away and to change the others in Kashgar.

Philippe and I decided to stay at the hotel  in order to get our stomachs straight. We finished the evening on the hotel terrace with a bowl of rice, coke and tea and watched the football match Brazil-Mexico. We’re very happy with the score 2:0!