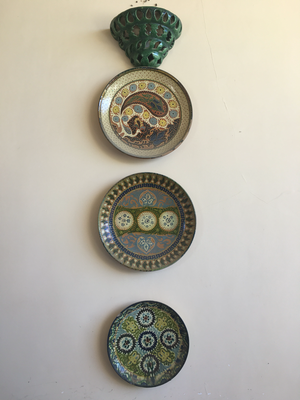 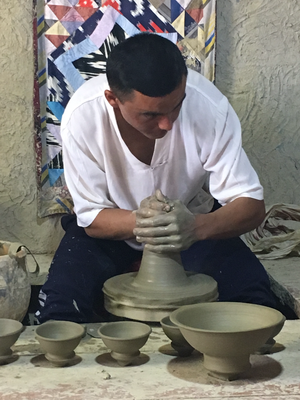 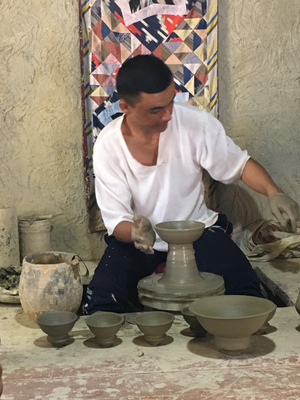 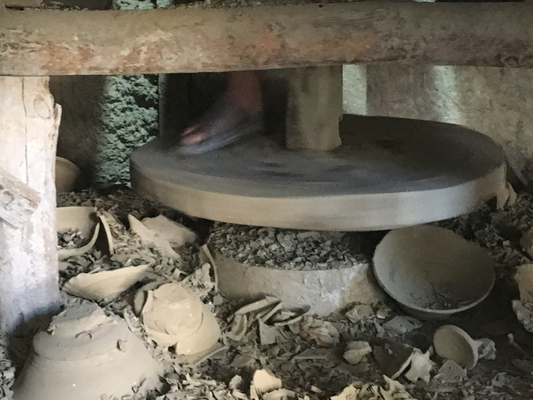 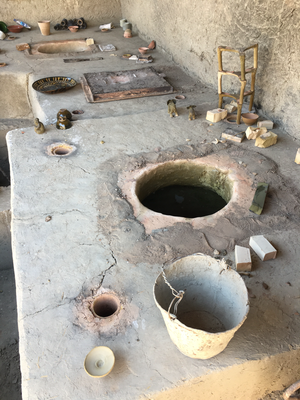 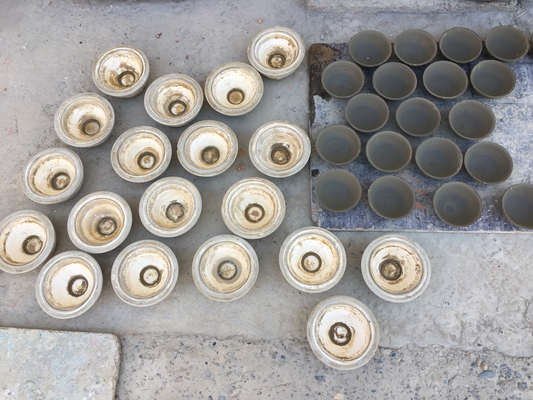 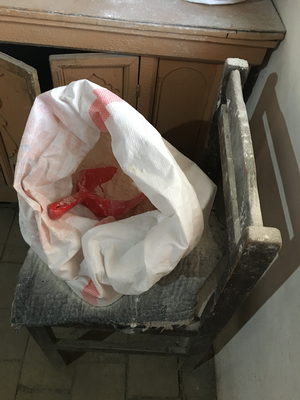 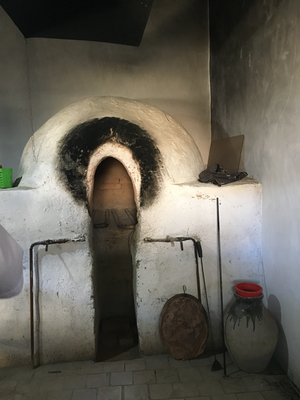 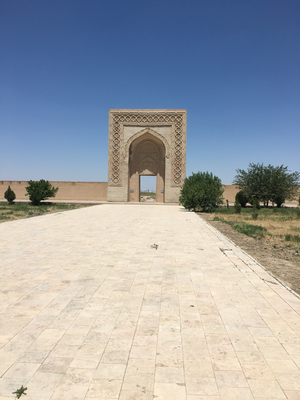 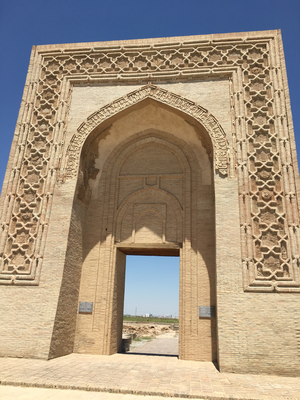 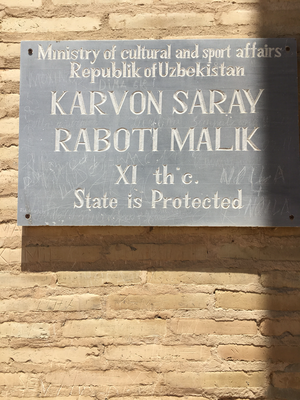 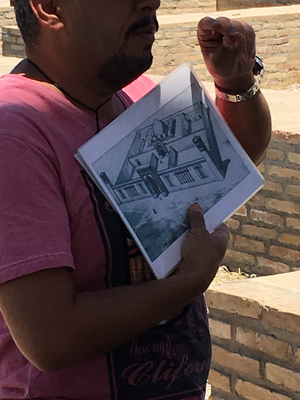 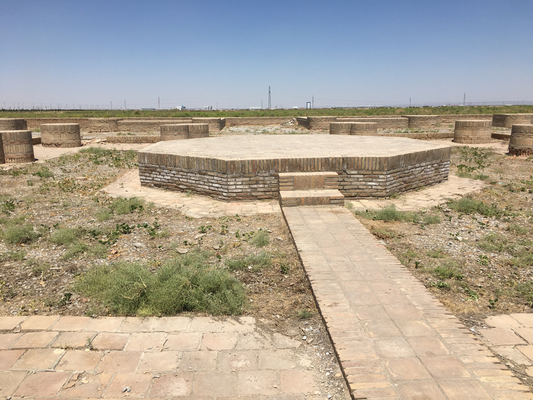 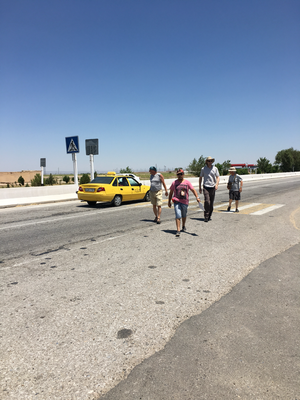 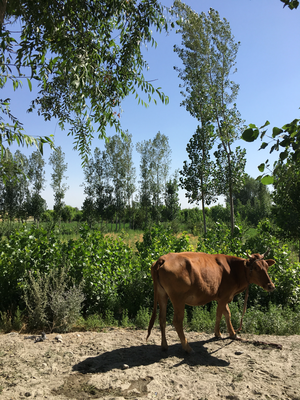 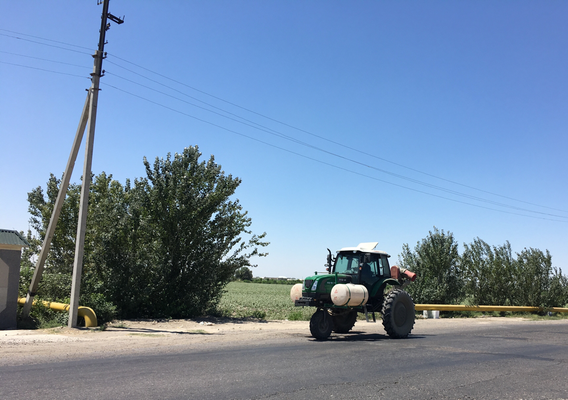 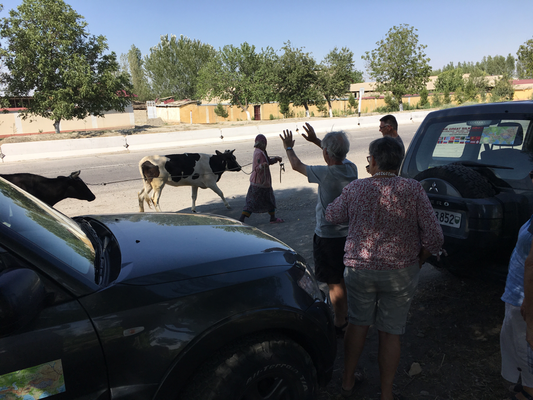 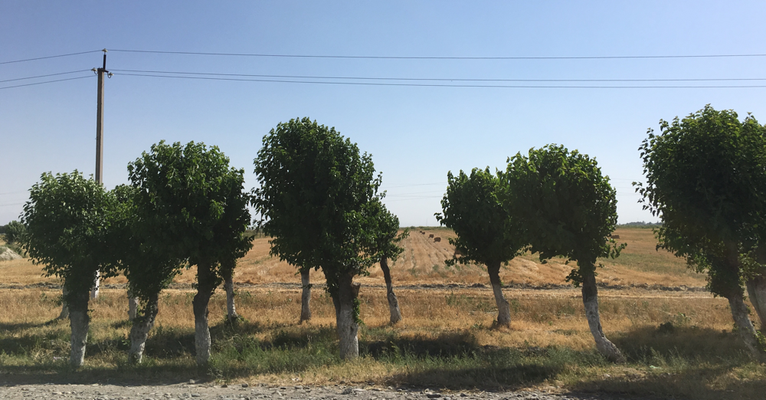 On the way to Samarkand we stopped at a traditional pottery which is in the same family since many generations and at a large caravanserai Raboti Malik which had the capacity to give shelter to over 100 people and 60 camels. The caravans used to arrive at a caravanserai every third day, in between they slept in tents. Later this caravanserai was transformed by half-nomades into a palace. The round platform was used for setting up their Jurte.

The landscape along the road was green and yellow. A lot of cotton fields, stubble fields and also fruit and vegetable plantations. Many workers and farmers worked in the fields, some waved hello as we passed by. The people in Usbekistan are friendly and open and it’s such a contrast to Turkmenistan.

We had soup in Navoiy at lunch and arrived at the Hotel Orient Star in Samarkand late afternoon. After dropping our luggage in the room, we relaxed at the fresh pool in a beautiful garden. Meanwhile, hotel employees washed the cars that had started to accumulate desert dust. We had dinner on the hotel terrace facing the garden.