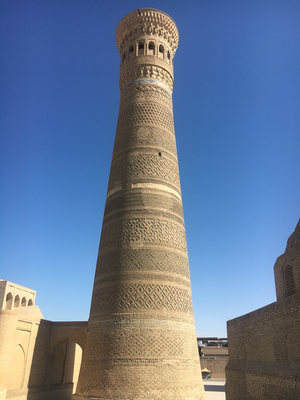 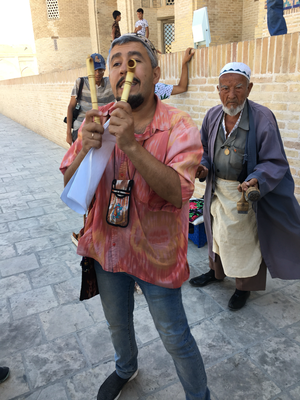 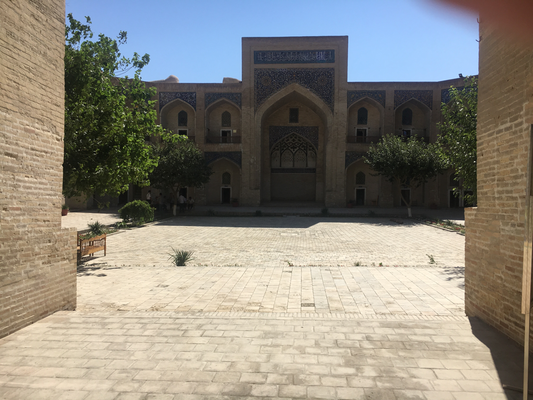 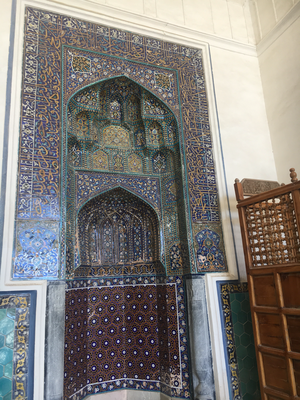 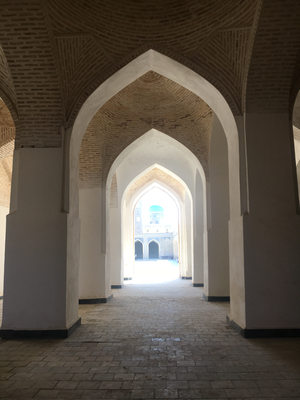 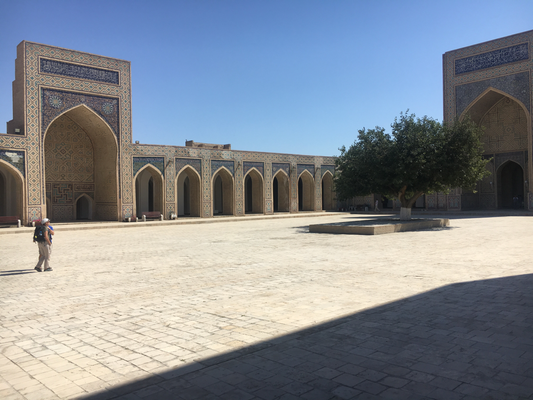 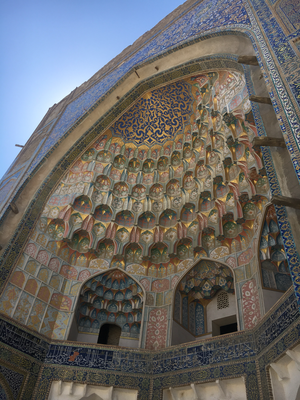 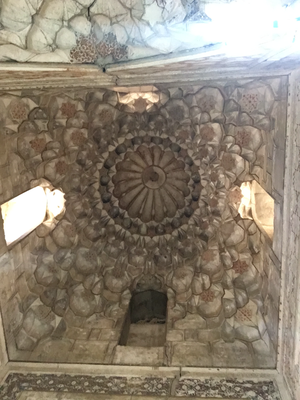 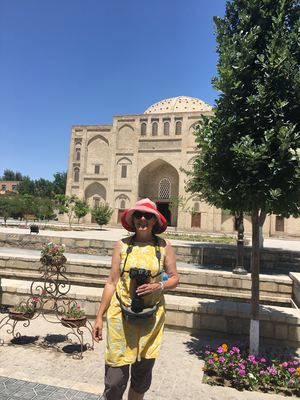 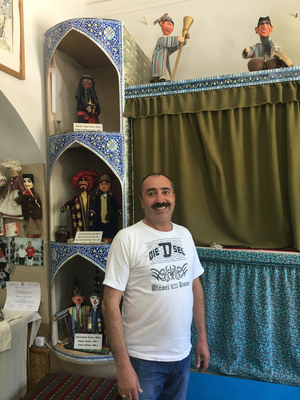 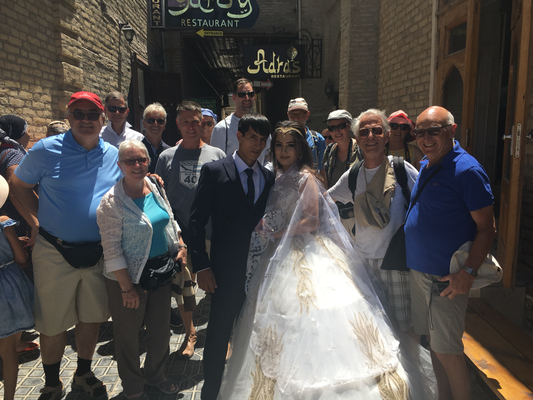 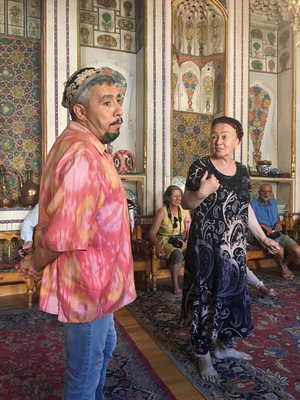 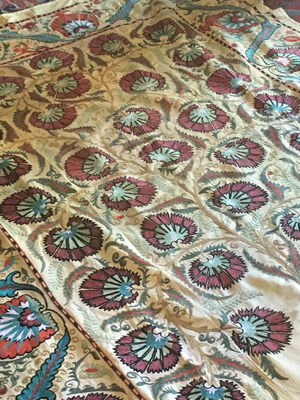 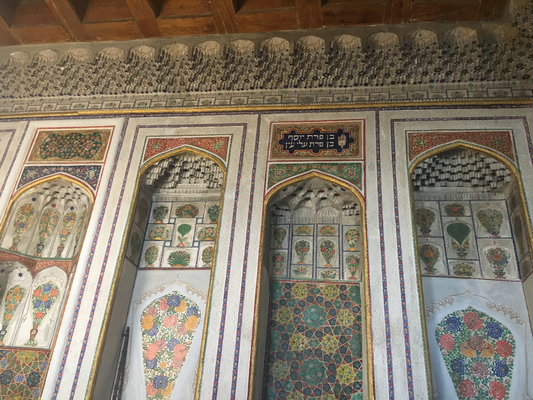 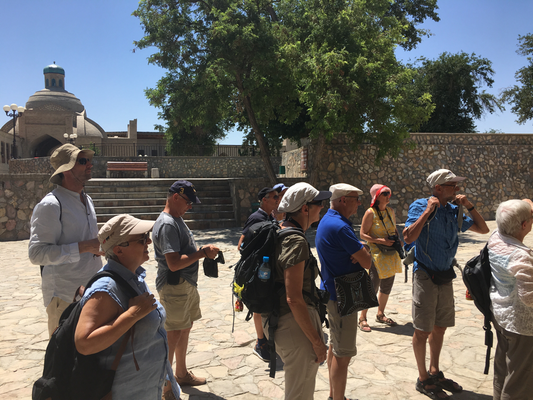 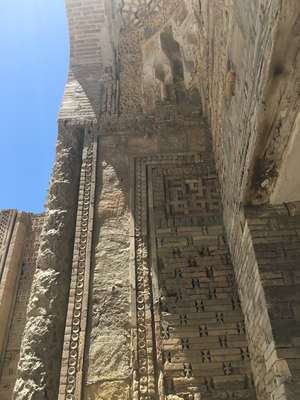 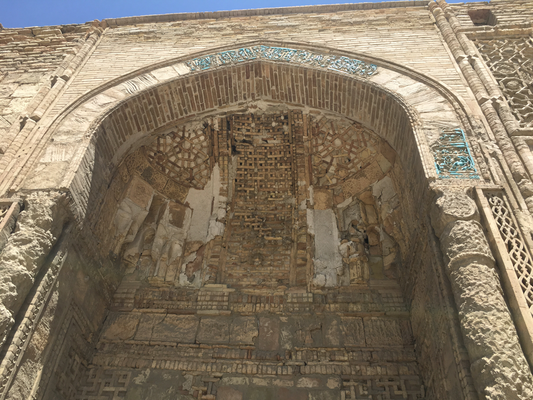 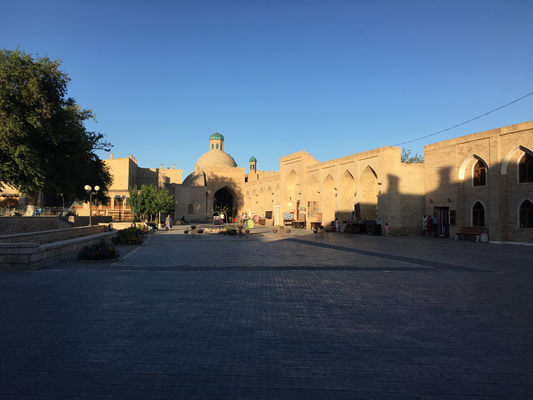 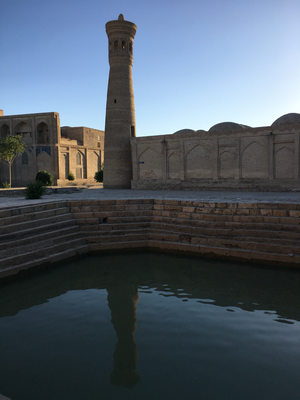 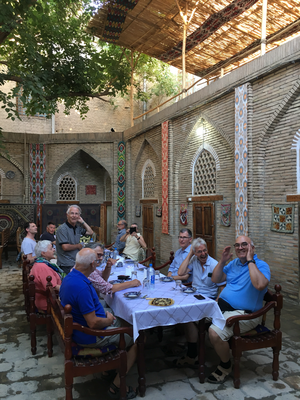 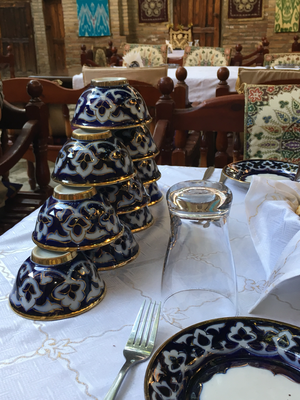 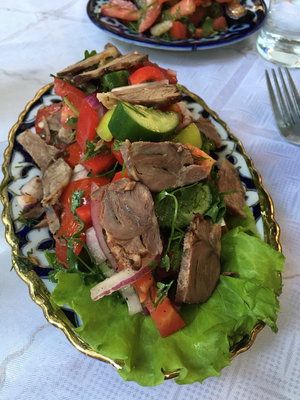 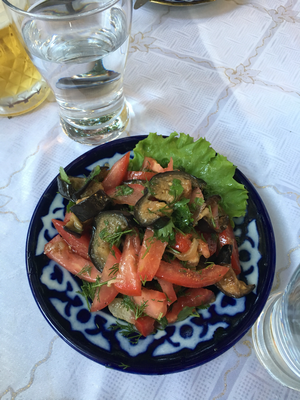 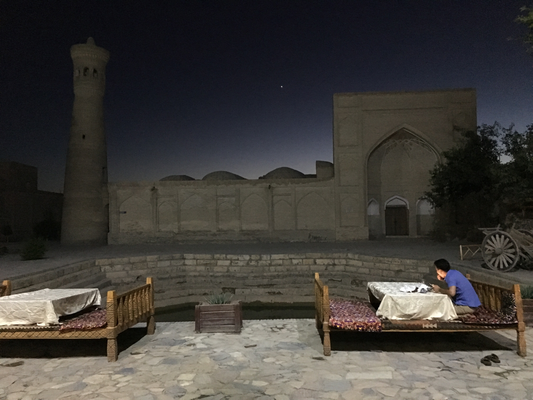 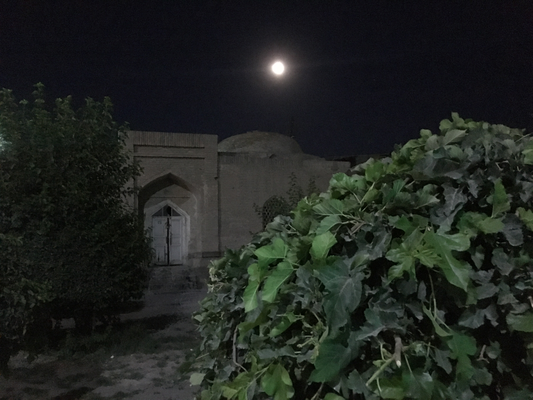 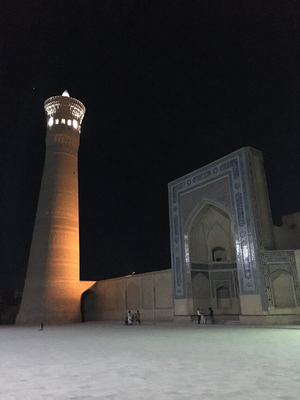 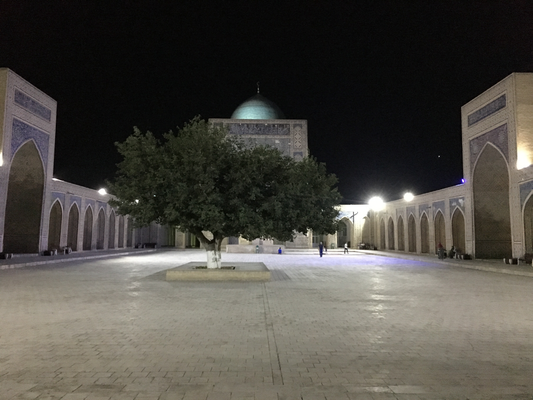 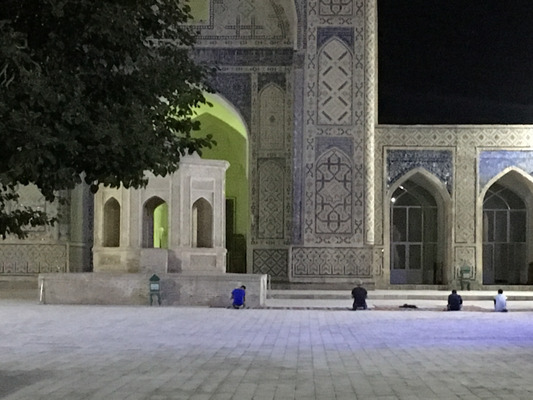 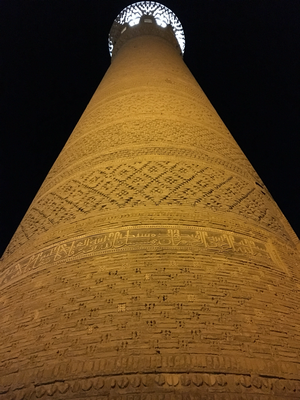 Bukhara is Central Asia’s holiest city and gives a good idea of pre-Russian Turkestan. Our hotel is next to the Kalon Minaret (great minaret) which was built in 1127. It’s 47m tall with 10m deep foundations. It was not only used to call for prayer, but it was also strategic and was used as a light house and a watch out. Next to it there is the Mir-I-Arab Medressa. It was built in the 16th century and is still an active university. From the beginning there was not only the koran taught, but also sciences like astronomy and philosophy. The Kalon mosque was reopened for the public by the Soviets in 1991. The actual mosque was built in the 16th century on the site where Chinggis Khan had destroyed the former mosque in early 13th century. The oldest surviving mosque of Central Asia is Maghoki-Attar. There are foundations of a 5th century Zoroastrian temple and an earlier Buddhist temple. It is said that the mosque survived the Mongols because it was buried by locals in sand. Next to it there is an archeological site which shows the foundations of a caravanserai and a bath. The caravans didn’t only travel with traders but also other people such as artisans, travellers, pilgrims, missionaries, artistes, prostitutes.

We enjoyed the fresh air in the shade of the bazaar and visited an ancient Jewish house. It is now owned by a local family who sells silk embroidered textiles and antiques. I bought a beautiful table cover with pomegranate motive. There was a large Jewish community in Bukhara since the 12th century and they developed their own language Bukhori which is related to Persian and still spoken today. SomeJews worked as brokers. The traders didn’t want to travel with too much money. They gave it to the Jew, who gave them a check which consisted in a cut piece of the trader’s underwear. They wrote the amount, their name and the name of a Jew in another city like for instance Constantinople where the trader wanted to get the money back. Of course they kept an interest rate. Today there are only few Jews left in Bukhara, most of them settled in Israel.

We had dinner in a nice courtyard restaurant and walked back to the hotel enjoying the night life on the squares.