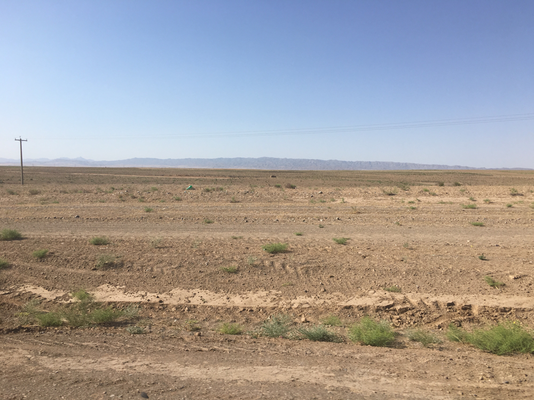 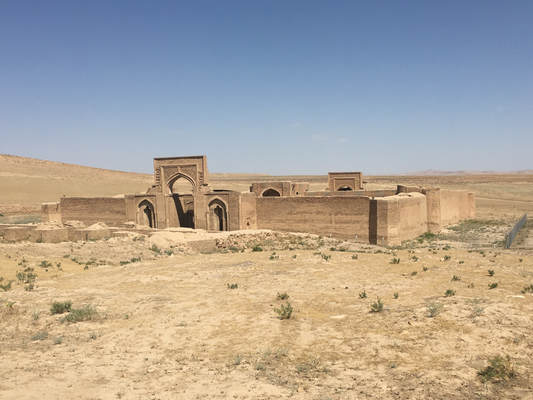 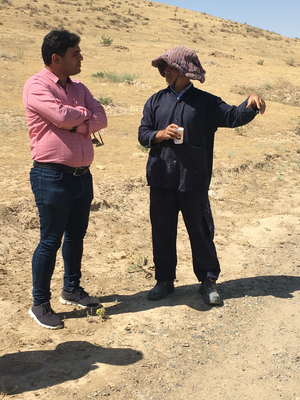 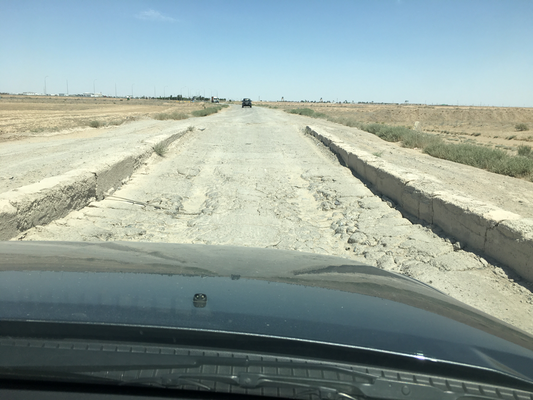 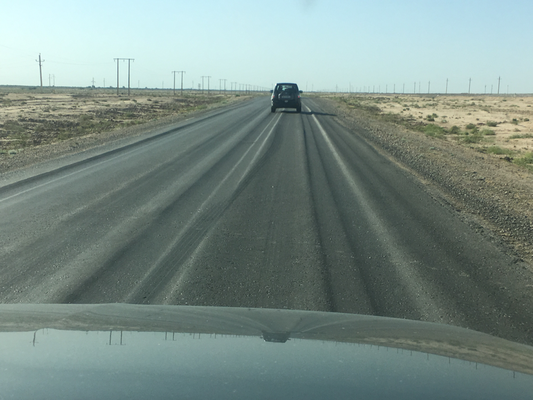 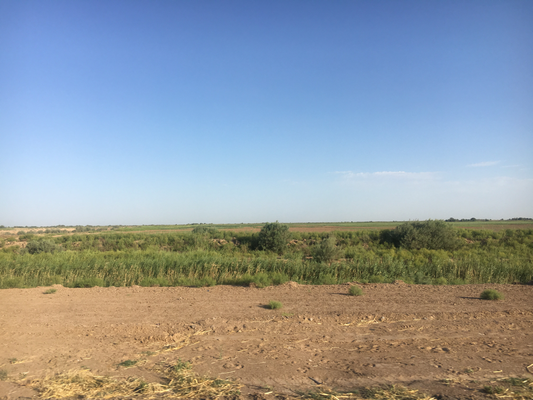 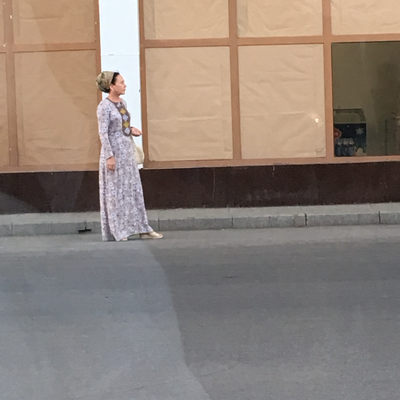 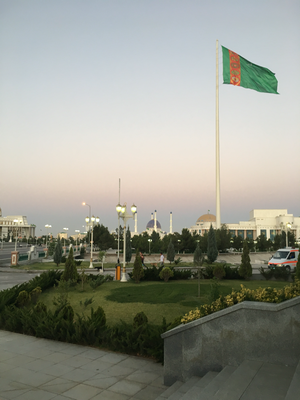 Today was a hot day with temperatures above 40 degrees. We had a tea-stop at a beautifully maintained caravanserai on the way to the Turkmenistan border. We reached the border before noon and after 2.5 h we waved goodbye to our sympathetic young guide Saeed only to be stopped at the next checkpoint and sent back, because they had controlled our passports but forgotten to put a stamp. So we had to go back to the Iranian customs and we left Iran 30 min later. We were happy to take off our shawls, but we realised quickly that we were entering a strictly controlled State. It took another 3h to enter Turkmenistan. The soldiers who controlled several times our passports were  under 20 years old. Most of them were friendly. The entire cars were scanned and every bag was searched in detail when we walked through. Two cars got completely searched. While waiting for the drivers we were observing some merchant ladies passing the border at the same time. They had bought goods like coke or washing powder in Iran to sell in their shops back home. They were asked to empty every box and put all goods on the screening machine.

The road to Mary was in poor condition, full of potholes. We drove another 250 km through the desert passing many police checkpoints. We crossed the Karakum canal and as we approached Mary the air pollution became evident. The people along the road didn’t care about our caravan, they were eventually looking without curiosity or any sign of emotion, whereas in all other countries our five pajeros usually were an attraction, especially in Iran. The hotel looked like a monumental building from Soviet times but it was new and the beds comfortable. We were exhausted and thankful for the tasty food that the cook prepared only for us.