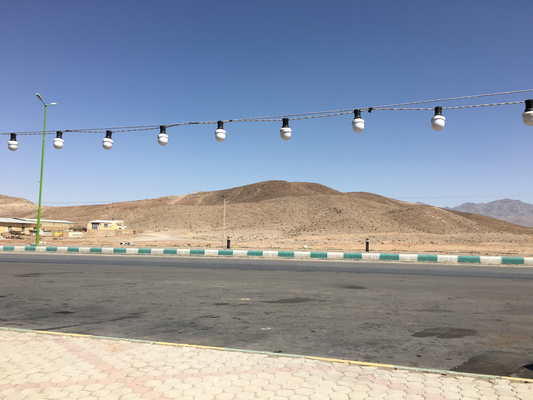 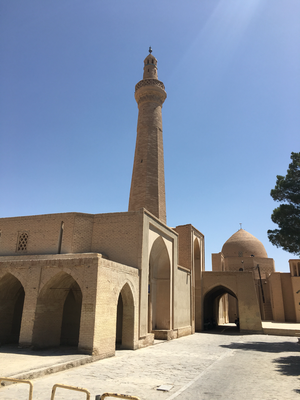 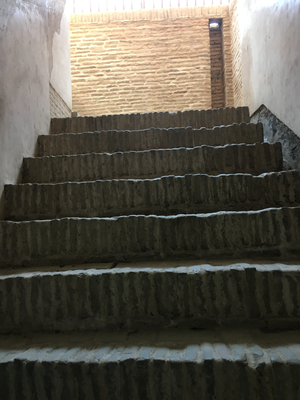 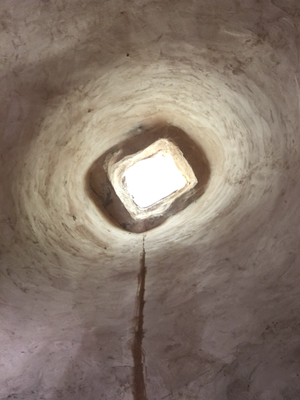 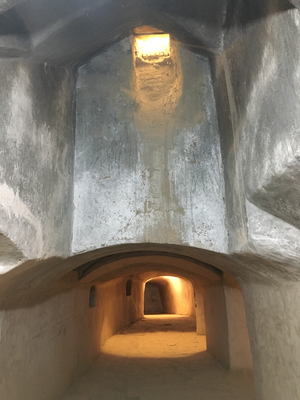 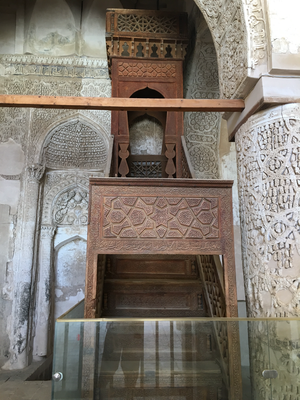 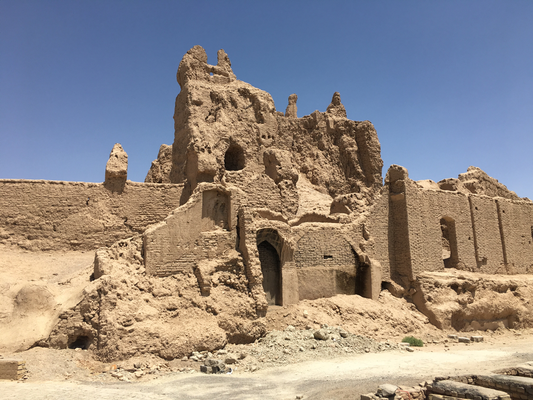 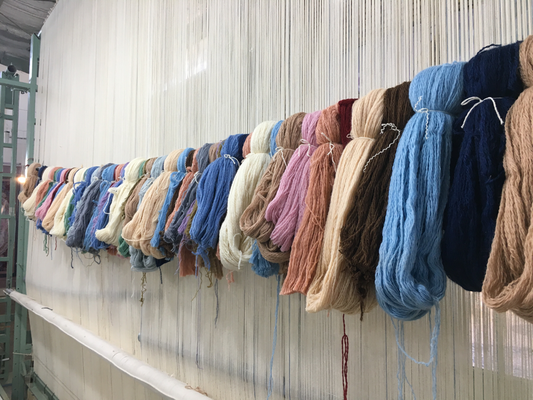 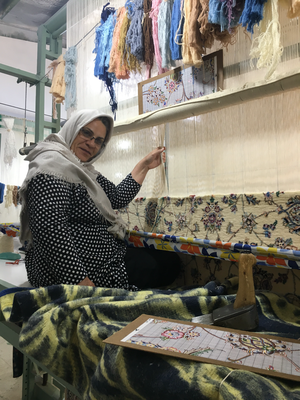 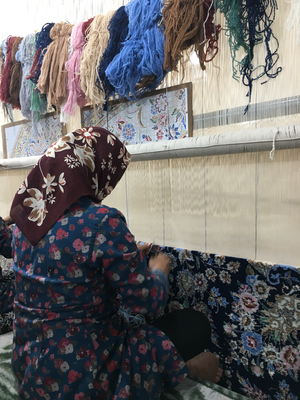 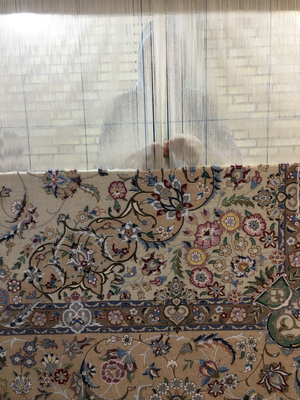 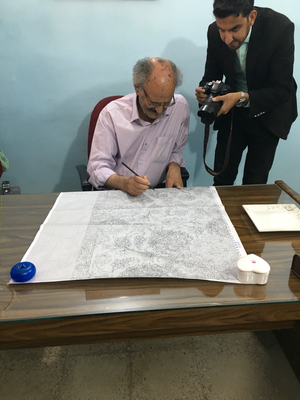 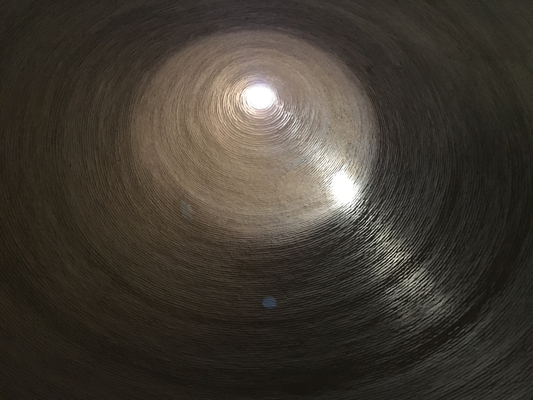 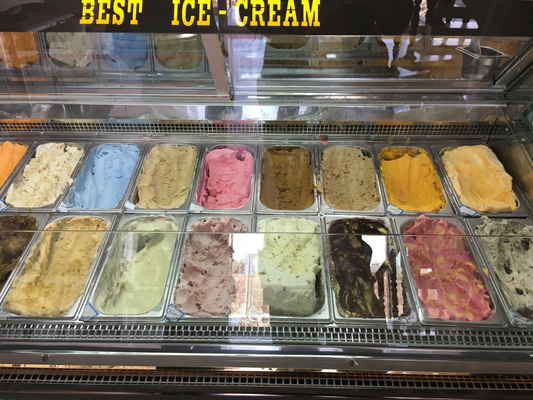 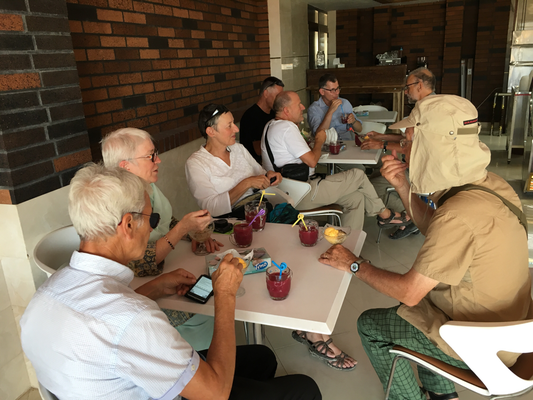 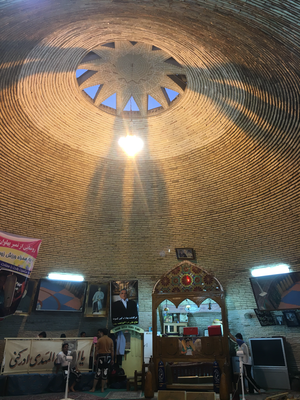 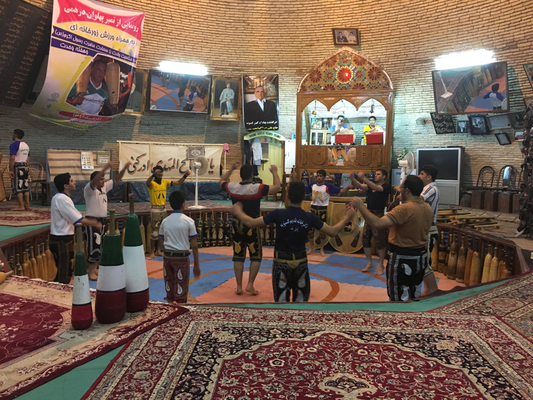 On the way to Yazd (300 km) we stopped several times. First at Na’in to visit a caravanserai and the Jameh Mosque or Friday Mosque, constructed between the 10th and 11th centuries. It was one of the first mosques built in Iran. The mosque has nice patterned tile columns and fine stucco work also in the mihrab in the basement. It’s fresh there and the light is coming again through the openings light bay in the ceiling covered with a translucent stone. After this visit I took a little walk around the mosque and met a woman who didn’t speak a word of English. She laughed and waved and gave me a piece of the cake that she was carrying.

The next stop was at the carpet factory. Na’in carpets are famous. They are made with wool, wool - silk and silk. There are about 50 women working here. They make 6000 knots a day and earn 60-70€ per month. Most of them have no husband. We were shown around by the owner and met the designer who is 81.

The next stop was at Meyod where we visited a magnificent 400-years-old recently restored ice-house. The walls are 2 m thick and preserve the ice from summer heat. The ice is made naturally in winter, when the water is freezing in the ponds. Opposite there is a well restored old caravanserai. There is the Zeile Museum where they make hand/looming prayer rugs. The cotton kilims are double sized. We couldn’t resist and bought blue and white one with the motive of cypress trees.

It was 42 degrees and we were thankful for a stop at the ice cream shop nearby. There we had our first pomegranate juice from the local fruit production and tasted some sour berries and apricots.

In the evening we reached Yazd and our beautiful garden hotel. Then we went to a place where men do their gymnastics accompanied by tambourines and shouts.