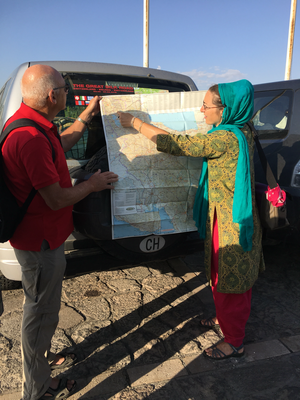 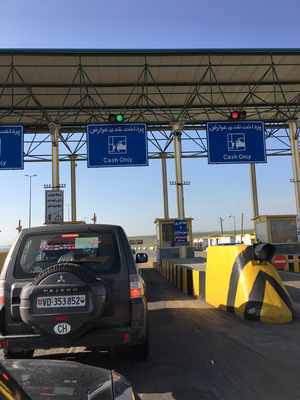 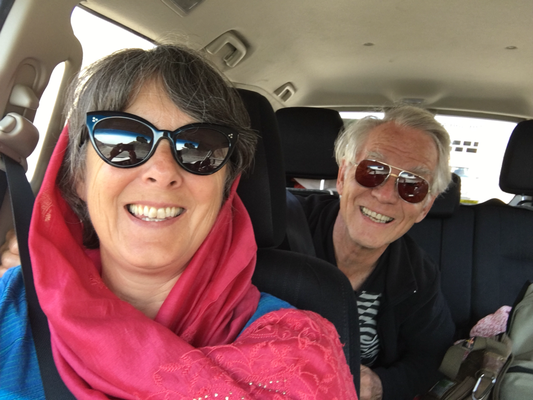 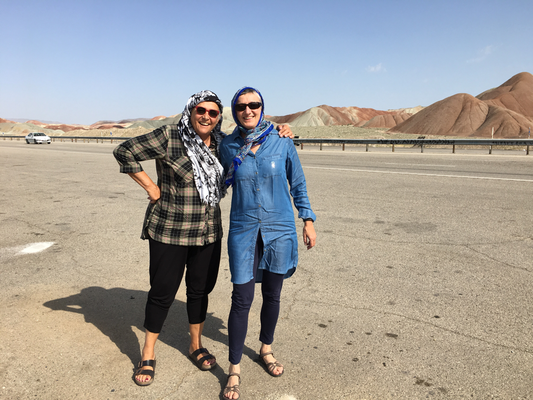 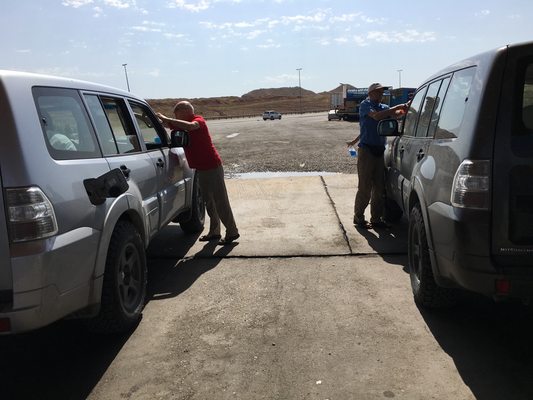 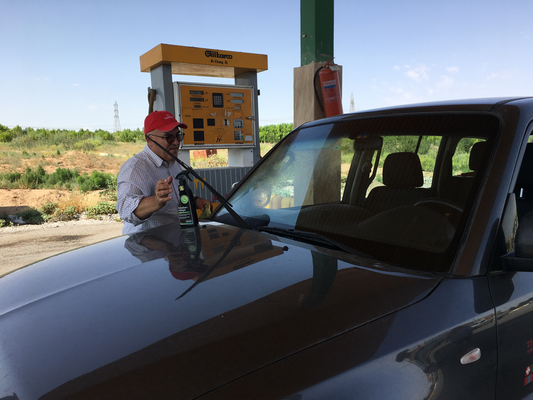 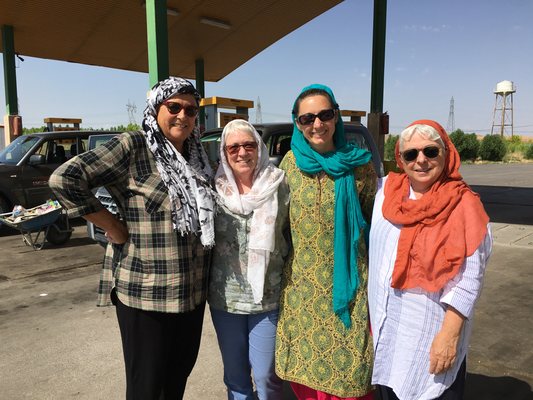 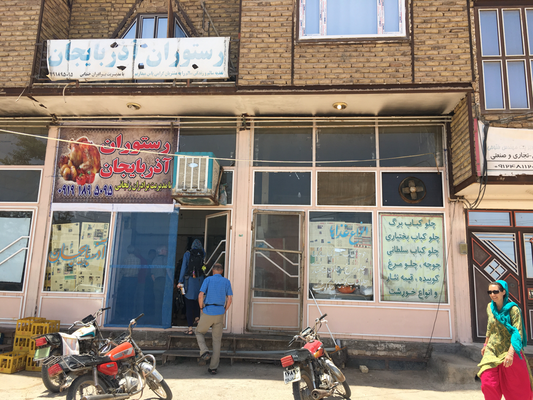 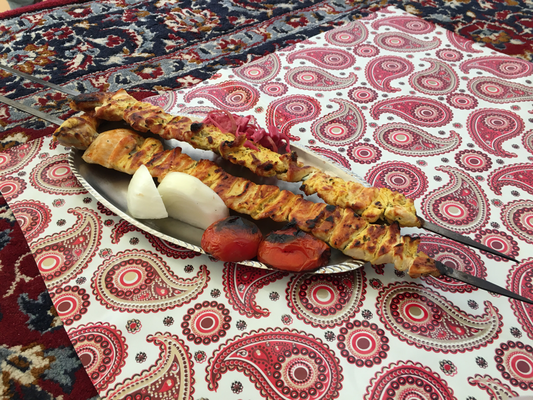 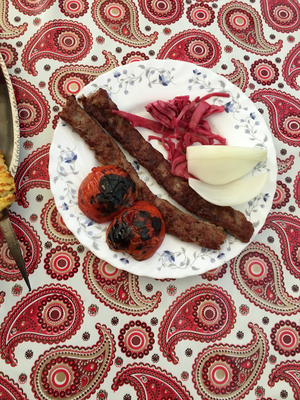 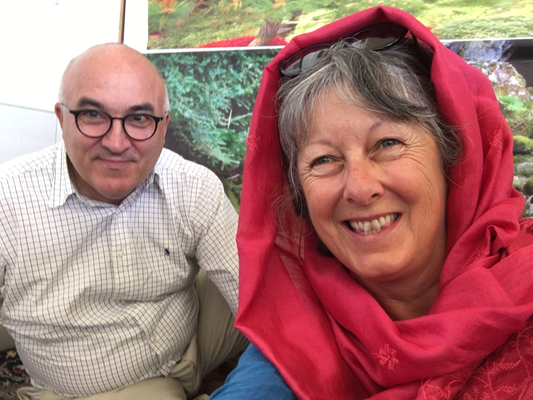 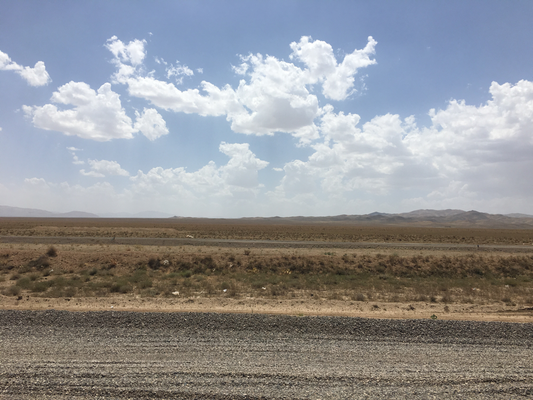 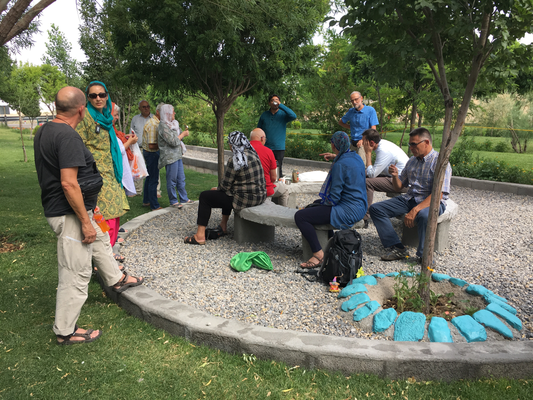 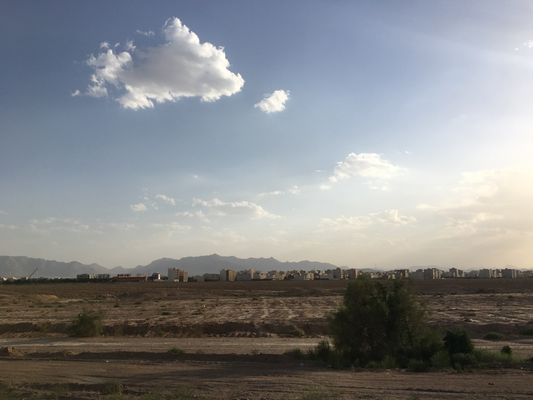 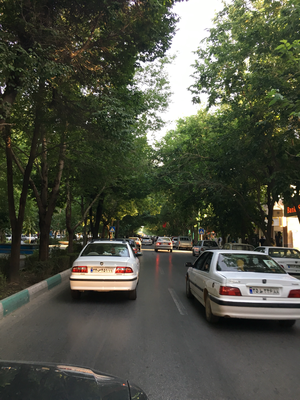 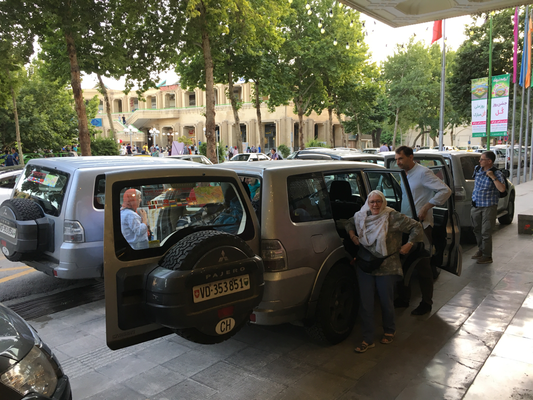 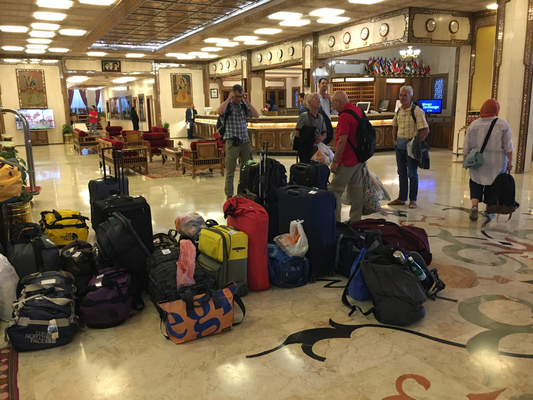 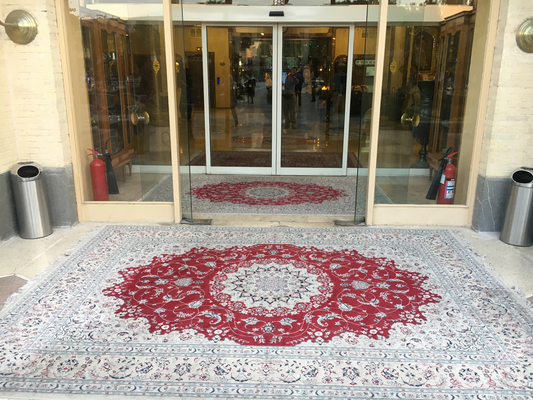 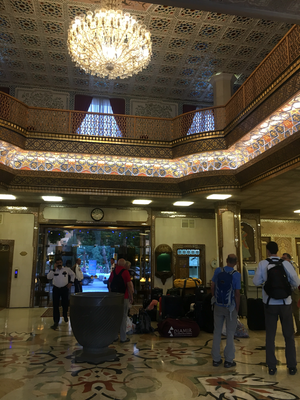 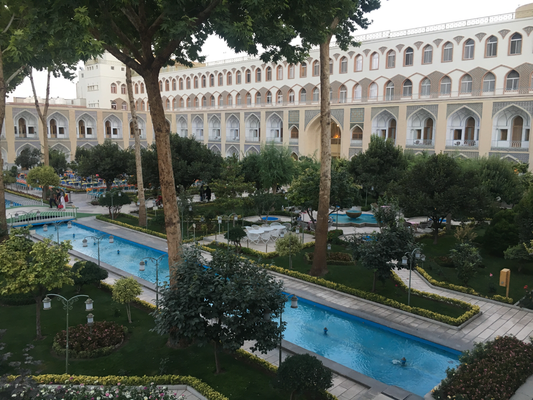 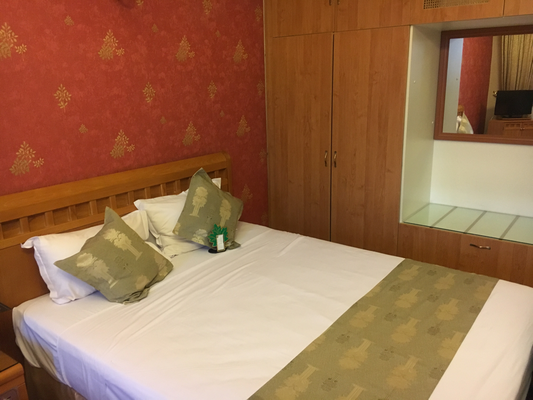 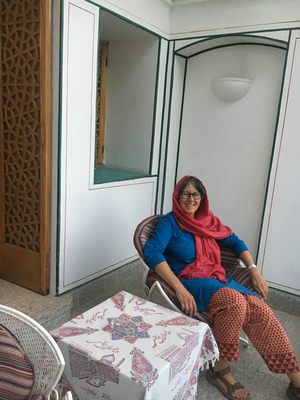 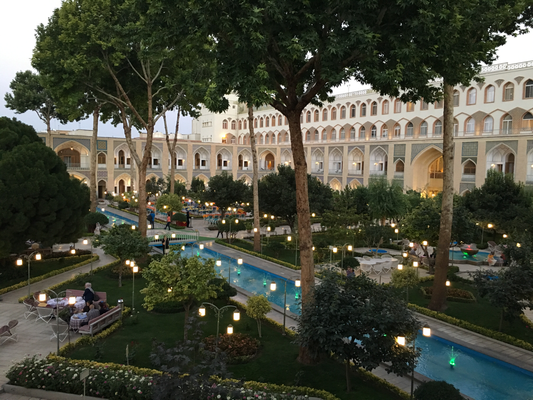 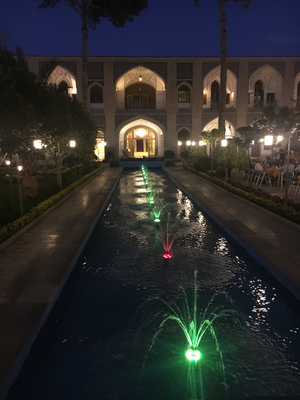 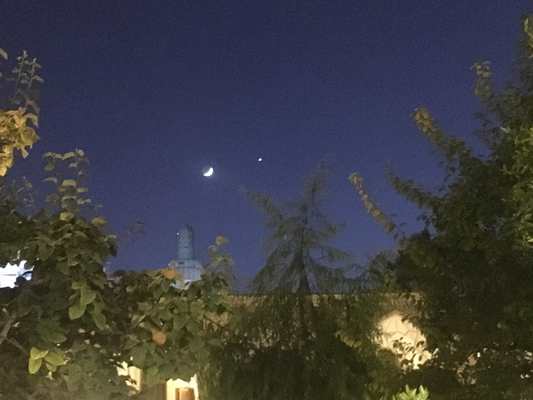 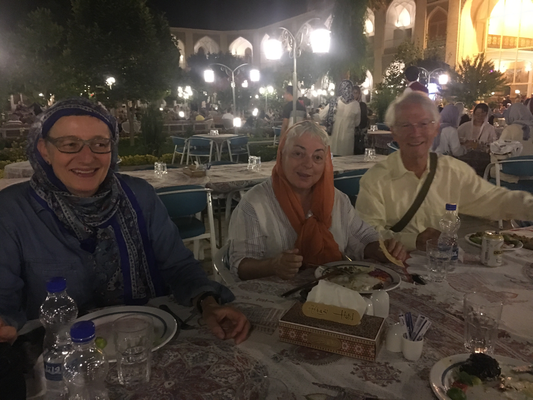 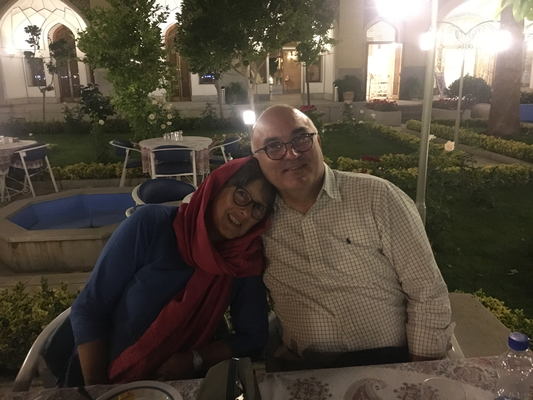 Tabriz is a large Iranian city located in the NW of the country at an altitude of 1360 m, with nice temperatures around 20 °C at night and 30+ during the day.

Saturday, we left early because we had 900 km to drive. Quite soon, we left the colorful green landscapes to enter the desert. The temperatures rose up to 39 and we reached Esfahan, a green oasis in the center of Iran at the altitude of 1500 m. For lunch, we stopped at a restaurant with built-in carpeted wooden niches, sitting legs crossed, testing our fitness. We had salad, chicken kebab and rice, variations of which our food is going to be for the next few weeks. We drove on highways and 4 lane roads, which are sometimes in poor condition with many potholes and multiple efficient speed breakers before every big junction or when entering a city.

As we got closer to Esfahan, the traffic got more and more dense, but as it was after 20h, it was not the expected challenge for our drivers. The only challenge was to keep the distance to the other cars. The Samurai is in position four of the five cars. Iranians drivers have a tendency to overtake and change lanes, at any time, indifferently from the right or from left, and it requires the drivers to be very cautious and concentrated.

Besides the traffic, what stroke us most entering Esfahan was the fact that we were entering an oasis. The dense trees along the streets provide shade and a nice look of green alleys or tunnels. Soon we reached our beautiful hotel, the hotel Abbasi in the middle of downtown. It used to be a caravanserai on the Silk Road, where the merchants used to stay to recover from their demanding trails with the camels, meeting other merchants and trading the goods that they were transporting. Tired from the long drive, we felt like arriving in a place like paradise.

We have a beautiful room with a balcony with a view on the large garden. We rested in the magnificent and peaceful hotel garden, had a little dinner before hitting the pillow and dreaming of ancient caravans crossing the desert.