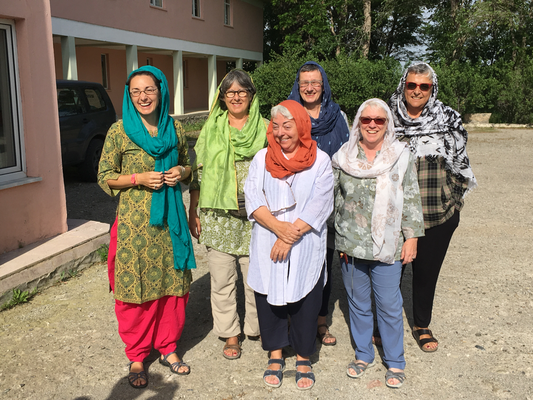 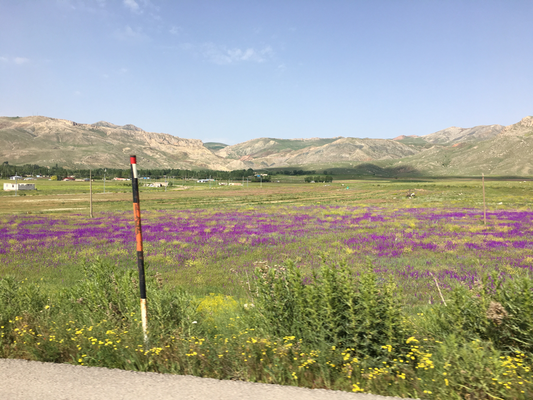 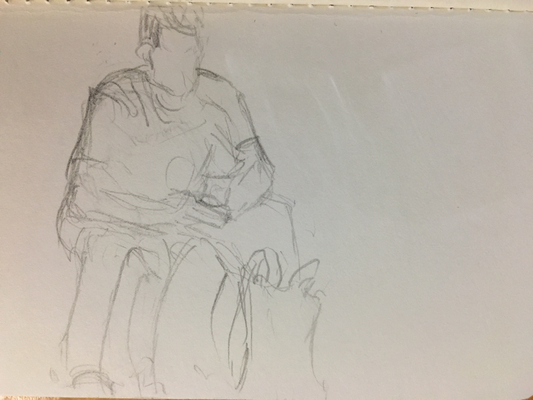 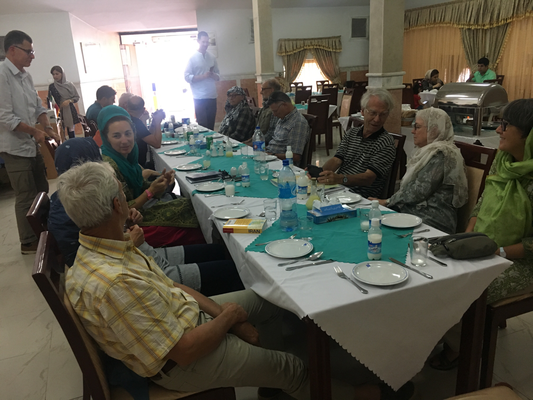 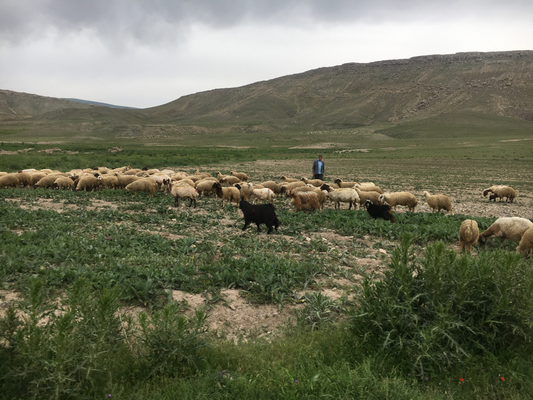 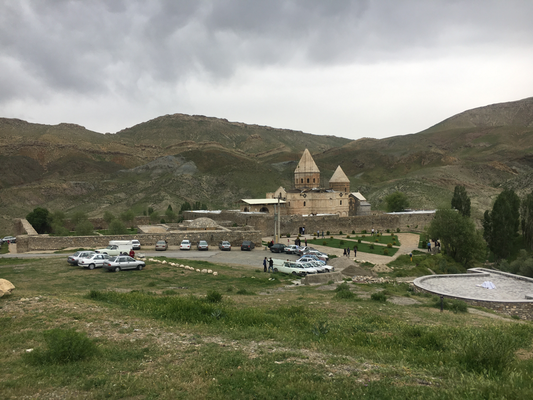 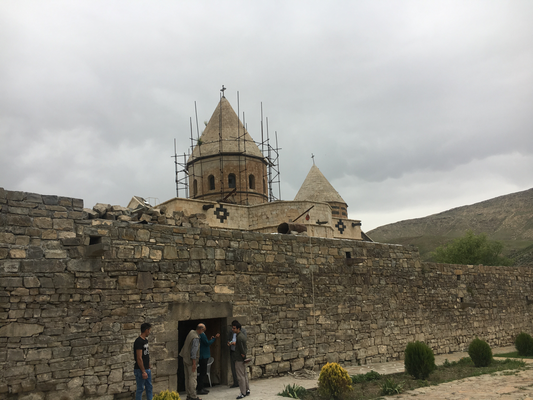 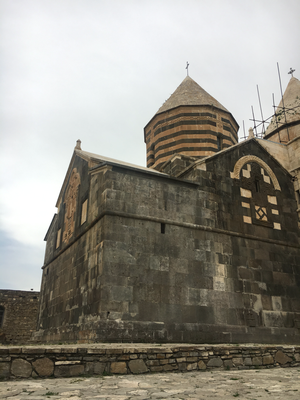 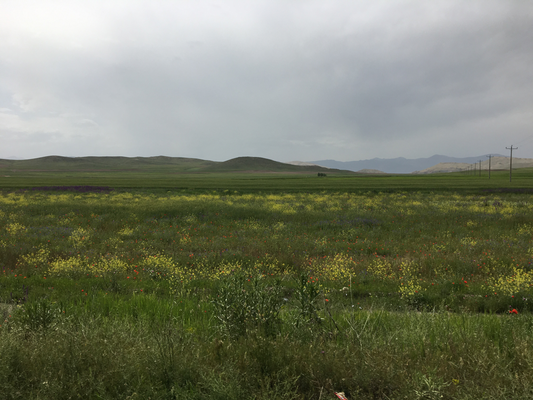 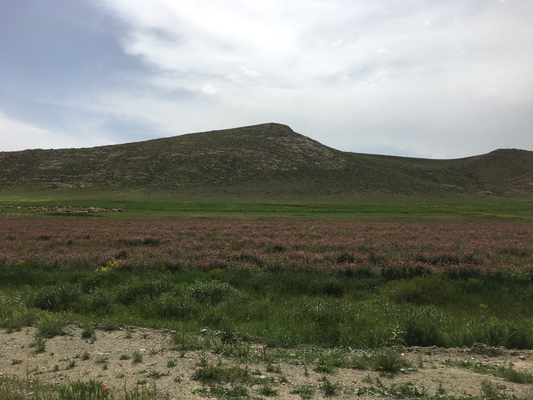 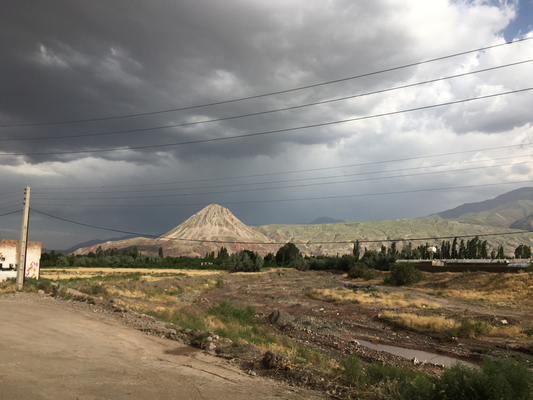 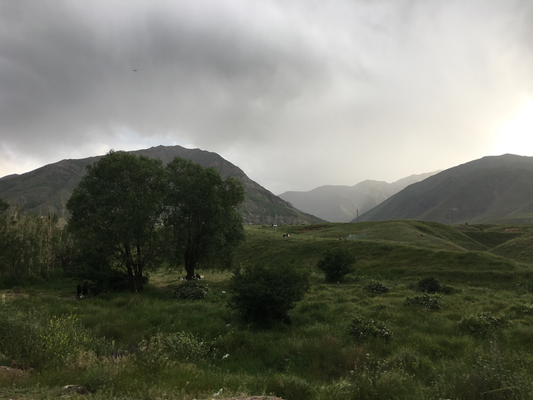 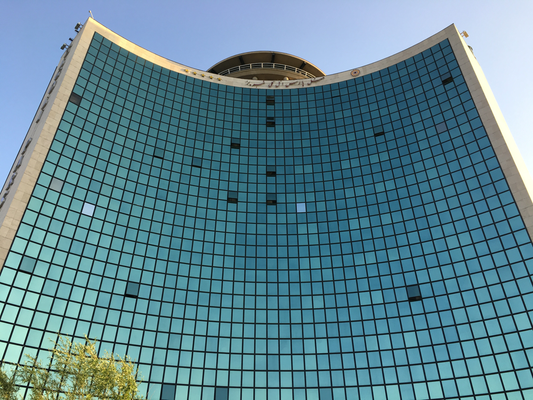 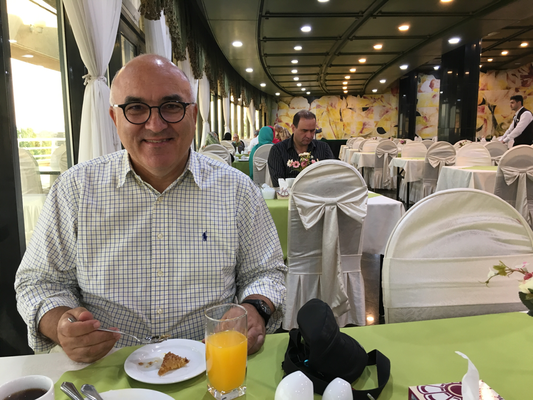 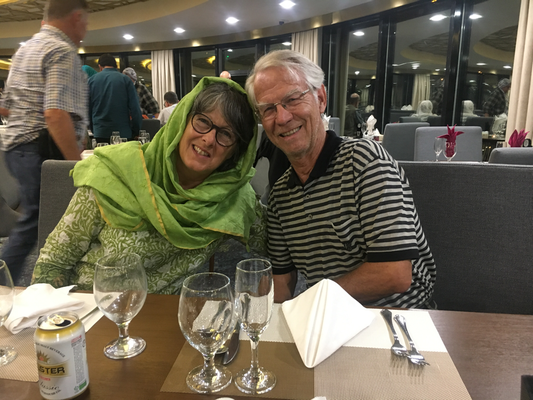 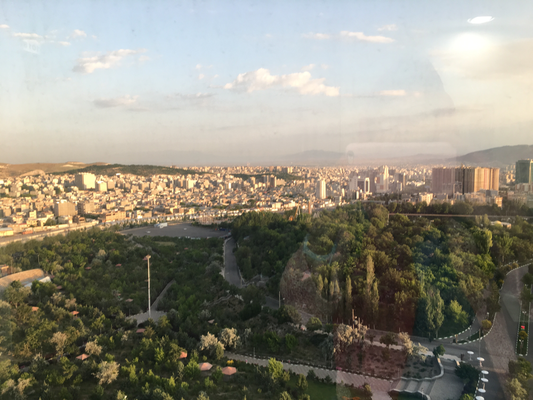 Today we crossed the border to Iran. The A drivers had to stay with the cars, the passengers walked through. It took only 2h 30min which was a time record according to Claudia who had warned us that it would take 4h at the best, 13h at the worst. The paper work was done with the help of Saeed, our local guide through Iran. There were not many people crossing and no trucks. We walked through quickly and sat in a waiting hall, I had a little time to do a few sketches. For lunch we stopped at a hotel restaurant in Maku. We tasted several dishes like mutton kebab, chicken in passion fruit sauce and trout. Afterwards, we visited an ancient Armenian Monastery, Surp Tade Vank, (Monastery St Thaddeus) at Karakelisa, in West Azerbaijan. Little parts remain from the 10th century, as it was rebuilt after an earthquake in 1319. As soon as we got out of the car visiting Iranians asked us, if they could take a picture with us. They were very friendly, polite and curious about this “caravan” arriving in big cars with strange number plates. The maps on the cars showing our itinerary, is helpful to explain our plans.

On our way to Tabriz we had a short picnic together with lots of Iranian families (Friday is their day off work) sitting in the grass at a romantic spot, which was not so romantic because of the number of people and the raindrops that announced that a thunderstorm was coming up. We left in a hurry!

Our hotel was a huge building from the 1970s. It used to be the Hilton, but was completely renovated since it was taken over by the new owners. Our room was at the 10th floor with an interesting view and on the top floor, there was a rotating restaurant. During our dinner, Iran won its first game in the FIFA world cup by a magnificent auto-goal of the Moroccans at the 95th minute! The jubilation of the people was immense.