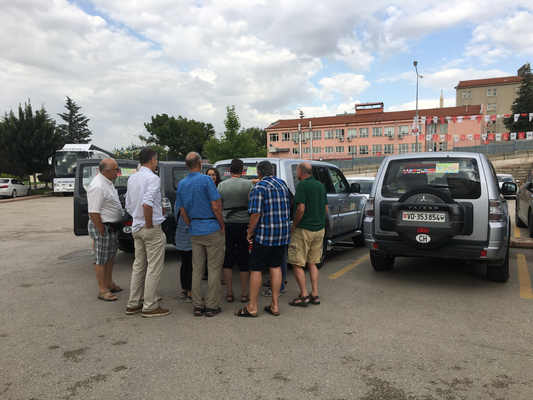 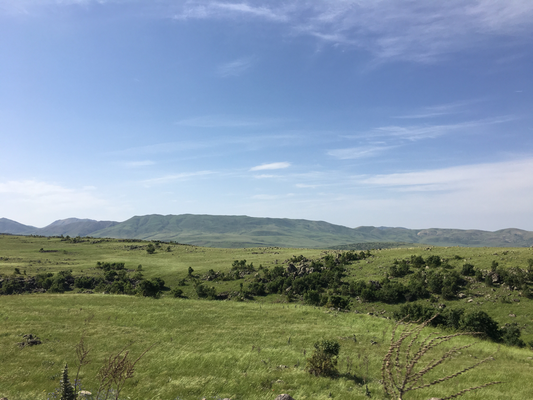 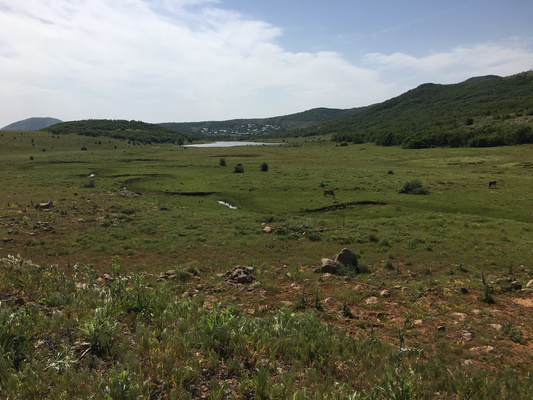 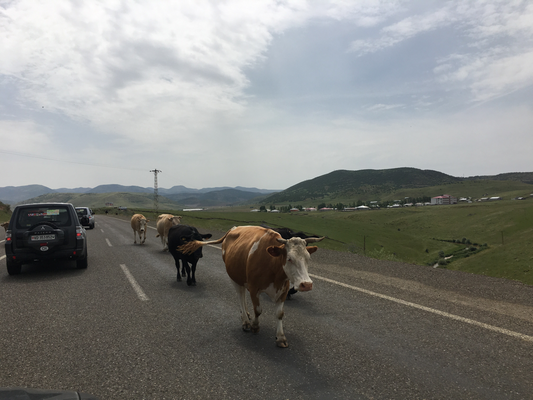 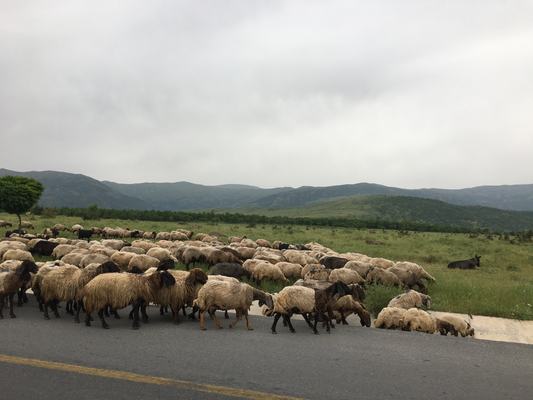 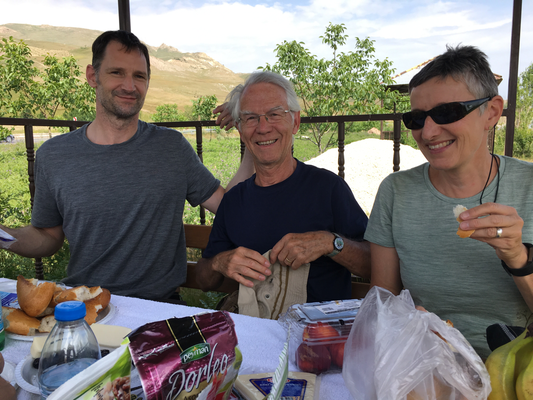 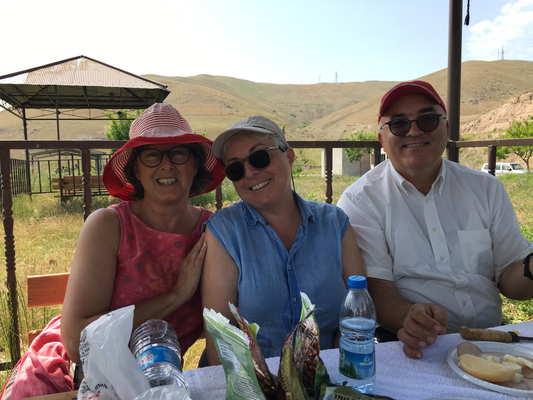 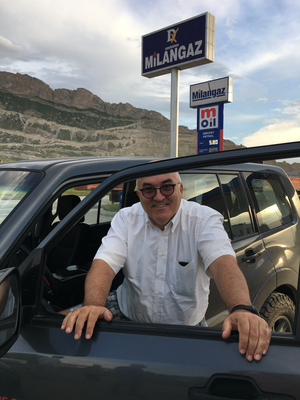 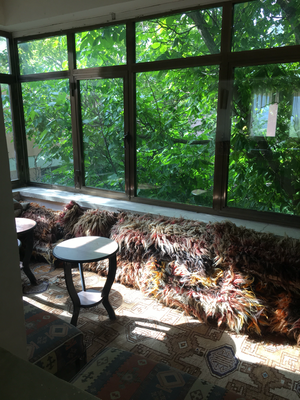 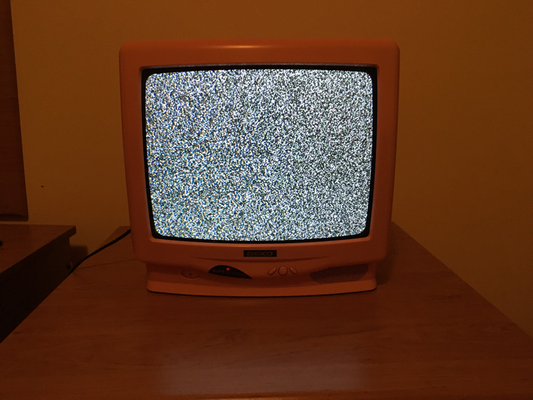 Today we continued our journey through East Anatolia, a wide spread altiplano, at the altitude of 1600-1800 m. The roads (we drove 600 km) were still excellent, all four lanes. The landscapes green and cultured, more cattle, more flowers and many bee hives. At Mus there was a police control and our car got stopped by four police men. They wanted to know why we were coming to Mus. Philippe explained to them that we were driving through and showed them the map on the car door. The young policeman understood a little English and they let us through.

We had a picnic at Lake Van, seven times the size of Bodensee. The water is alkaline and in the sunlight it was glittering in a soft turquoise blue. The final leg led over the Tendürek Gecidi pass which we climbed partly on a trail up to 2644m. When we stopped to take some pictures the army shouted at us and urged us to leave. We were indeed very close to the Iranian border and the peaks around us were guarded by military forces. In Eastern Anatolia the population of Curds is big and the closer we got to the border the more we could sense the political tension. Coming down to Dogubayazit we saw Mount Ararat covered with snow. It’s height is 5137m and when you look at it you understand why Noah chose to land his arche here. The hotel where we stayed, knew better times when the Ararat was accessible to mountaineers and they chose this hotel with a beautiful view as their base. But the staff was very friendly and had organised dinner for us at a restaurant downtown. It was the end of Ramadan and everybody was celebrating.

We observed during our journey through Turkey that Western tourists are rare these days and Asian people only visit main attractions. This is sad for this beautiful country and its people. They were very friendly and helpful.